Minutes after Daniel Mendez departed to serve his country in parts unknown, thieves were rifling through his home in Leverett’s... 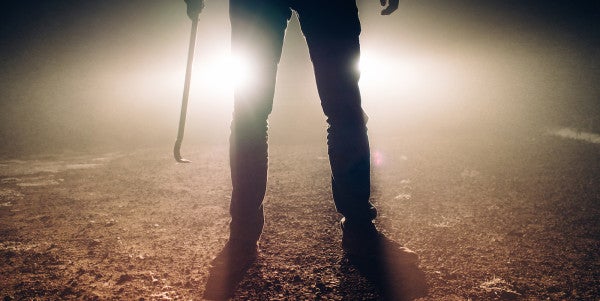 Minutes after Daniel Mendez departed to serve his country in parts unknown, thieves were rifling through his home in Leverett’s Chapel, Texas.

Rusk County Sheriff’s Department investigators are on the lookout for suspects (one or more) as the Mendez family – the soldier’s wife and five children – struggle to find their footing after the theft of as much as $5,000 in belongings and the loss of the security of their home.

“It made it that much harder for him to leave,” Mendez’s wife, Kadee, says, “and for us to be here without him.”

The 35-year-old staff sergeant is a member of the Texas Army National Guard unit based in Kilgore’s Stone Road Armory, and he left his house at 7:30 a.m. Friday, Sept. 8, to join his comrades for their deployment overseas with Bravo Company, 3rd Battalion of the 144th Infantry Regiment.

By the time Kadee returned home at 8:30 a.m., the house had been burglarized.

The thieves stole a couple of firearms, a television and other items as well as some of the woman’s jewelry, “more sentimental value than monetary,” she said.

It took all of 45 minutes for the thieves to raid the residence on CR 152.

“In broad daylight,” Kadee said. “There had to be traffic, people passing by” in the midst of the brazen crime: “They went in through my son’s bedroom window.”

Later, as contractors upgraded the home’s locks and security system, they found the keyhole on the front door had been drilled as well.

The family has theories about who might be behind the crime, and they’re forwarding any leads on to the Rusk County Sheriff’s Department. Whether the family knows the thieves or they’re strangers, Kadee’s not sure.

Mendez’s mother, Carolyn Romero, thinks the burglars must have been keeping an eye on the home and watched as the soldier left.

“It’s sickening,” she said Thursday. “It’s sickening how people these days don’t have any humanity. They don’t care,” breaking into a Guardsmen’s home the morning he leaves for a deployment.

“These guys and women, they go over there to serve and protect this country, to make sure everybody has freedom of speech, to do what they want to do … then they rob from them.”