This Navy Veteran Served In Iraq And Afghanistan. Now He Faces Deportation To Mexico

A U.S. Navy veteran facing possible confinement in an immigration facility or deportation due to his criminal history has asked Sen. Dianne Feinstein to intervene ahead of his Feb. 12 surrender to a Fresno, California, ICE office. 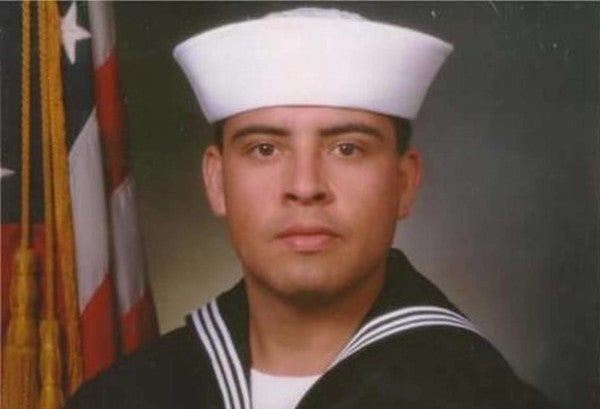 A U.S. Navy veteran facing possible confinement in an immigration facility or deportation due to his criminal history has asked Sen. Dianne Feinstein to intervene ahead of his Feb. 12 surrender to a Fresno, California, ICE office.

Tarin served in Iraq, Kuwait and Afghanistan as a Navy sailor from 2001-06. He joined with a valid green card at 19, nine years after immigrating from Mexico as an undocumented 10-year-old. He has not been to Mexico in 25 years.

Edwin Carmona-Cruz is the director of public engagement for Pangea Legal Services, which is handling Tarin's immigration case.

Carmona-Cruz said Tarin struggled with drug and alcohol abuse as a result of his time in the Navy. He became homeless and did not have regular access to veterans services while living in Merced County.

In July 2014, Tarin pleaded guilty to felony domestic violence and dissuading a witness charges. He served about a year-and-a-half in prison before being released, Carmona-Cruz said, and was immediately picked up by ICE agents.

Tarin was detained in a federal immigration facility for another year-and-a-half before being bonded out in January 2017. His immigration case is ongoing. He has not received a deportation order.

“Since Joaquin was granted bond in January 2017, he has done everything the government asked of him, including completing a six-month in-patient rehabilitation program and other treatment through Veteran Affairs,” said Etan Newman, Tarin's immigration attorney.

Carmona-Cruz said Tarin has turned his life around and now serves as an advocate for the veteran services he once sorely needed. He has had no further run-ins with law enforcement. He is married and has four children between the ages of eight months and 11.

Tarin is fighting a separate battle to have his criminal conviction overturned, saying he received poor legal representation.

Carmona-Cruz said Tarin was not told that a felony conviction could lead to his deportation prior to accepting the plea deal. He's filed a writ of habeus corpus and is due to appear in Merced County Superior Court on Feb. 8.

Tarin's sister recently received a notice from an ICE agent based in Fresno ordering Tarin to report for a check-in meeting on Thursday, Carmona-Cruz said. Tarin's family believed he would be detained at that meeting.

The agency extended his deadline to Feb. 12 upon hearing of Tarin's ongoing battle over his criminal record. The family is now not sure if he will be detained but is preparing for that possibility.

An ICE spokesman said Wednesday that the agency is reviewing the facts of the case and could not immediately offer comment.

Tarin's lawyer and local advocates, including Faith in the Valley, are imploring Feinstein to intervene on his behalf, as she has done in previous deportation cases in the past. Carmona-Cruz said the group met with Feinstein staff at her San Francisco office on Monday but have not yet heard anything back.

The Bee reached Feinstein's office for comment on Wednesday, but none was given.