A South Carolina man who betrayed his wife, double-crossed a friend and cheated the federal government of more than $150 million in military construction contracts will be going to federal prison for 51 months 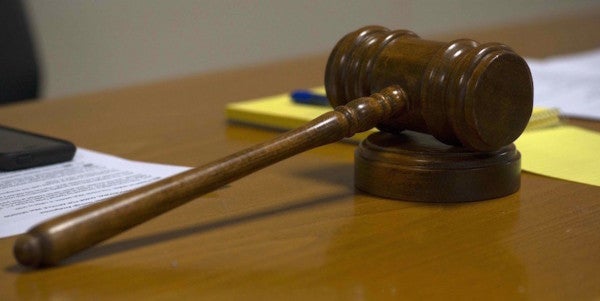 Thomas Brock, a South Carolina man who betrayed his wife, double-crossed a friend and cheated the federal government of more than $150 million in military construction contracts, will be going to federal prison for 51 months.

U.S. Judge Michelle Childs handed down the sentence, which is four years and three months, in a brief hearing Thursday afternoon at the Matthew Perry federal courthouse in Columbia.

“He is remorseful for his actions and looks forward to putting this behind him,” said one of Brock's attorneys, Ed Givens, who represented Brock along with lawyers Jim Griffin and Ravi Sanyal.

In previous hearings, assistant U.S. Attorney DeWayne Pearson has described Brock as the “mastermind” in a complex seven-person scheme to win fat military construction projects at bases such as Fort Jackson in Columbia, Fort Bragg in North Carolina, Shaw AFB in Sumter and other bases around the southeast United States.

A certain percentage of military construction projects are meant for small businesses, particularly those owned by minorities, women and veterans. What Brock did was set up shell companies in which he installed, in one case, his now ex-wife — who is a disabled veteran — and in another case, an African-American friend. In both cases, those companies were awarded contracts. Brock's scheme ran from the early 2000s to about 2013.

Brock, who had an affair with a fellow member of his conspiracy, spent the profits on buying condominiums, a hair salon for a friend and “large acreages” in Kershaw, Pearson told the judge at an earlier hearing. Brock also spent more than $500,000 to renovate his house, Pearson said. Brock's then-wife and the African American friend received only small payments, according to evidence.

Brock was originally indicted in August 2016 along with six others. He could have gotten up to nine years in prison.

“Although he wasn't entitled to do the work, the work was done,” Givens told a reporter. Prosecutors in the case also have said the work was done. But in getting work that minorities and veterans should have gotten, Brock cheated them out of contracts, Pearson has said.

Brock and the others were out to enrich themselves “by fraudulently securing federal contracts pursuant to … (federal) programs when they were not eligible to obtain those contracts,” an indictment in the case said.

WATCH NEXT: When Booty Calls …