Mental health experts and veterans are cautioning the public about making assumptions about linking post-traumatic stress disorder or other mental... 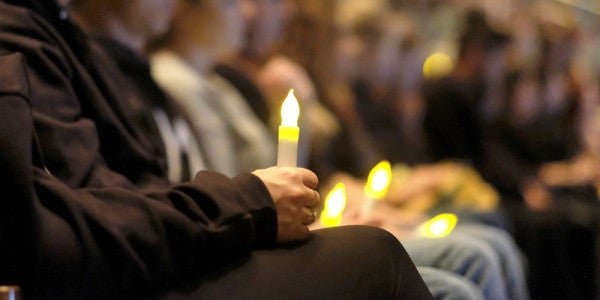 Mental health experts and veterans are cautioning the public about making assumptions about linking post-traumatic stress disorder or other mental illnesses to violence in the aftermath of the deadly mass shooting in which 13 lost their lives at a Thousand Oaks dance hall Wednesday night.

Ian David Long, the 28-year-old suspect from Newbury Park, served in the U.S. Marine Corps from August 2008 to March 2013, leaving at the rank of corporal.

He was a machine gunner in infantry combat and was deployed to Afghanistan from Nov. 16, 2010 to June 14, 2011, Marine Corps officials at the Pentagon said.

The alleged shooter’s neighbor told reporters Wednesday that Long suffered from PTSD, but that has yet to be confirmed.

The Veterans Administration in Washington D.C. said Wednesday that Long was never enrolled in their healthcare system.

Only about 25 percent of veterans who have PTSD access care through the VA, said Dr. Michael Hollifield, who heads the PTSD division at the VA in Long Beach, which handles about 50 consultations a month.

Predicting suicidal or homicidal behavior among those with PTSD can be extremely challenging, he said.

Long had been contacted by authorities in April during a disturbance call where he was “irate” and acting “irrationally.”

Mental health officials cleared him that day and did not place him on a psychiatric hold.

Hollifield said the law states a mental health professional must find an individual to be an “imminent danger” to himself and others in order to be deemed “acutely dangerous.”

“Most people who are evaluated on a one-time basis don’t fall into that category,” he said. “Episodes that create such volatility might be triggered by other factors such as substance abuse, agitation, and anxiety.”

Monitoring active service members for mental health issues, including PTSD, is a relatively new initiative at the Marine Corps, said Retired USMC Col. Willy Buhl, who served as commanding officer of the Wounded Warrior Regiment at Quantico from 2012 to 2014.

Marines undergo a final physical evaluation before they leave the Marine Corps, but the extent of participation in that process depends on the individual, he said.

Those who are diagnosed with PTSD are sent to the Wounded Warrior Battalion for treatment, but only the most severe cases even get that far, Buhl said.

Once they undergo treatment and are discharged, these individuals are handed off to the Veterans Administration. It’s up to the VA to follow up with veterans regarding further services, he said.

“We don’t have enforcement once they leave the military; we can’t order them to see anyone.”

The Wounded Warrior Regiment comprises a special group of coordinators tasked with keeping tabs on former Marines diagnosed with a physical or mental disability.

While their job is to follow up and make sure these veterans are doing well, they often find themselves in a “more reactive mode,” sometimes after a tragedy such as Wednesday’s mass shooting, Buhl said.

Linking a veteran’s PTSD to a mass shooting is a way of distracting the public from other real issues such as “holes in gun laws and addressing a culture that doesn’t promote gun safety,” said Chris Marvin, a retired combat-wounded Army Officer with Everytown for Gun Safety, a national nonprofit that advocates for gun safety laws.

“It’s just easy to say this must have happened because he was a mentally-ill veteran,” he said. “Also, tethering military service and PTSD to this heinous act doesn’t help other service members who want to seek assistance for mental health issues.”

“Another common misconception is that PTSD is only related to going to war or being in combat,” he said. “There are several different types of trauma that could cause this condition including car accidents, an act of violence or sexual assault.”

When it comes to mass shootings, people tend to look for one simple answer such as mental illness, Wong said.

“There are often many other complex issues at play including access to firearms,” he said.

Wong said Didi Hirsch’s Disaster Distress Help Line, 800-855-5990, is available for anyone who needs help coping with this tragedy.