‘Everything’ in app popular with US troops is ‘seen in China,’ new report says

Data on TikTok “was accessed far more frequently and recently than previously reported,” according to leaked audio recordings. 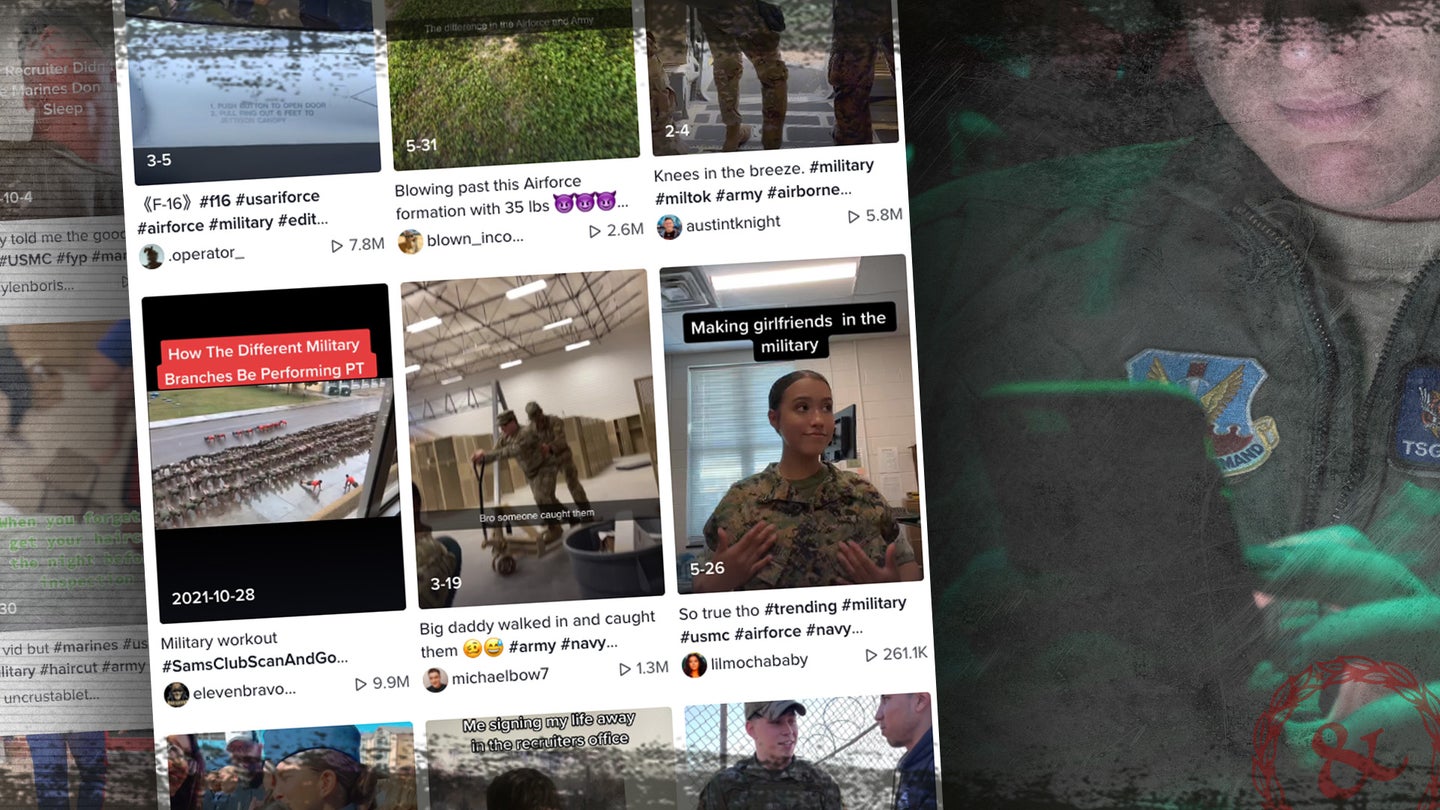 TikTok has grown in popularity among U.S. service members as a place to share the highs and lows of military service, but it has remained a concern for the Pentagon because of its ties to China. And a recent news article based on leaked audio recordings shows why.

Records first reported by BuzzFeed News reveal more than a dozen statements from TikTok employees saying engineers in China “had access to U.S. data between September 2021 and January 2022, at the very least.” TikTok’s parent company is ByteDance, a Chinese company based in Beijing. And despite TikTok claiming that U.S. user data is safe, evidence collected by BuzzFeed News shows otherwise.

“Everything is seen in China,” one employee of TikTok’s Trust and Safety department said during September 2021 meeting, according to recordings obtained by BuzzFeed.

Data “was accessed far more frequently and recently than previously reported,” according to the BuzzFeed report, which suggests that TikTok may “have misled lawmakers, its users, and the public.”

TikTok did not respond to a request for comment from Task & Purpose, but company officials told BuzzFeed that they “aim to remove any doubt about the security of U.S. user data. That’s why we hire experts in their fields, continually work to validate our security standards and bring in reputable, independent third parties to test our defenses.”

Concerns about how TikTok stores data are nothing new, particularly in regards to national security and members of the military who use the app. In 2019, the Defense Information Systems Agency recommended that all employees of the Defense Department keep TikTok off their phones. The same year, the military banned service members from using the app on government-issued devices.

That ban still exists, but it hasn’t stopped troops from downloading TikTok on their personal devices. The app is hugely popular with young people, service members included. Young troops regularly use the app to post about both funny and serious moments in service. It’s also used by some senior service members as a way to mentor and encourage those younger than them.

The military hasn’t had a total change of heart with TikTok, though there have been some examples of the services warming to the idea. An Army press release last year, for example, identified one first sergeant on TikTok as the “future of Army leadership.” The Army also recently invited a dozen social media influencers to Washington, D.C., to engage in a conversation with service leaders about how to reach the younger generation they want to recruit. While the majority of people invited were from other social media platforms, at least one person is popular on both Instagram and TikTok.

TikTok is, of course, not the only app that tracks data. Nor would it be the first time U.S. citizens had their data exposed through their smartphones; as a New York Times investigation found in 2019, “dozens of companies — largely unregulated, little scrutinized — are logging the movements of tens of millions of people with mobile phones.”

And lest we forget that time it was discovered that troops’ fitness apps were exposing their locations at military bases around the world.

But critics fear that through TikTok’s connections to China, U.S. user data — which TikTok’s privacy policy says can include people’s payment information, contacts,  location data, profile information, and email if the user allows it  — could be accessed by the Chinese government if they forced ByteDance to turn it over. Some of that data could be protected through an effort known internally as Project Texas, BuzzFeed reported. Project Texas is an attempt by TikTok to protect some data by storing it at a data center managed by Oracle in Texas. An update on that effort was announced on Friday, which TikTok said will help to “better safeguard our app, systems, and the security of U.S. user data.”

“100% of U.S. user data is being routed to Oracle Cloud Infrastructure” as of Friday, according to the announcement. But BuzzFeed reported that the data protected by Project Texas included birthdays or phone numbers — which the Chinese government “could simply buy from data brokers if it so chose” — while public data such as profiles and what users post don’t seem to be included, according to the recordings.

Ultimately it seems there is still room for TikTok to win over skeptics. Graham Webster, a research scholar at Stanford’s Cyber Policy Center told BuzzFeed that if the social media app commits to being “transparent and high-integrity, and China-based employees won’t be able to access user data,” then it “should be possible to convince good-faith skeptics they have done enough.”

The question, however, is “whether the company will go far enough and whether skeptical authorities are truly open to being convinced,” Webster said.