Top Marine: “Women In Combat Is Nothing New”

While speaking at Marine Corps Base Quantico, Virginia on Oct. 1, the Corps’ new commandant, Gen. Robert Neller, claimed that... 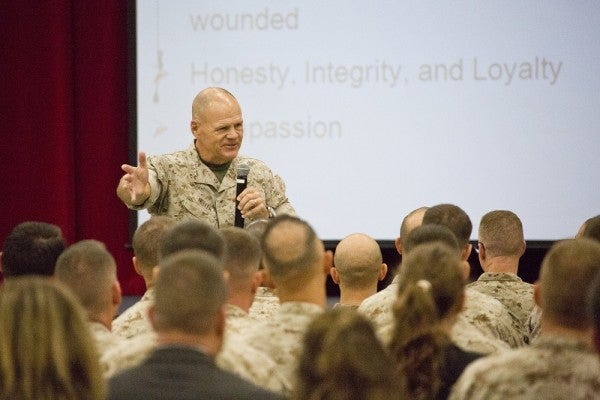 While speaking at Marine Corps Base Quantico, Virginia on Oct. 1, the Corps’ new commandant, Gen. Robert Neller, claimed that the ongoing debate over opening all jobs to women is not about women in combat, but about women in specific occupational specialties.

Neller, became the 37th commandant of the Marine Corps on Sept. 24, replacing Gen. Joseph Dunford, who took over as chairman of the Joint Chiefs of Staff the following day. Dunford and Secretary of the Navy Ray Mabus, are at odds over the Marine Corps’ intent to seek an exemption from the 2013 mandate to open all jobs to women by Jan. 1, 2016.

On the upcoming decision, Neller said, “I’m not overly concerned about it. … We’ll get told what to do and we’ll execute the plan. … it’s as simple as that.”