“The thousands of transgender patriots serving this nation deserve much better than to be singled out for discrimination." 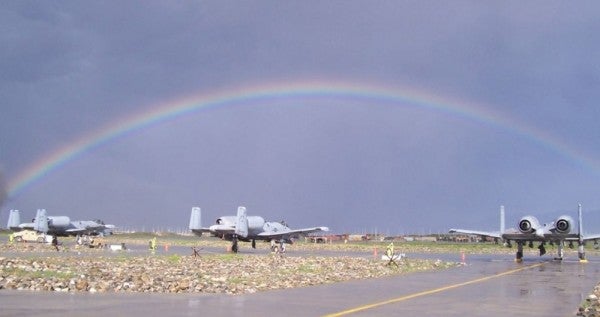 WASHINGTON — The House is likely to adopt an amendment this week that would effectively overturn the Trump administration’s severe restrictions on transgender people serving openly in the U.S. military.

The amendment, by Democratic Rep. Jackie Speier of California, is up for consideration as the House debates the fiscal 2021 Defense spending bill. It would block the use of the bill’s funds to implement a policy issued last year that would bar transgender people from joining the military and even keep some transgender people who are already serving from staying in. The policy permits waivers, but those have been virtually nonexistent, the administration’s critics have said.

“The military has granted only one waiver to a transgender servicemember, exposing the President’s discriminatory policy for what it is — a virtual ban on military service by brave transgender Americans,” Speier, chairwoman of the House Armed Services Military Personnel Subcommittee, said in a statement to CQ Roll Call. “My amendment will put a stop to this egregious policy.”

The House adopted an amendment to its defense authorization bill last year that would have blocked the ban, but senators succeeded in stripping it out of the final version of the bill.

This year, neither the House-passed fiscal 2021 defense authorization bill nor the Senate-passed companion take on the ban issue.

The fiscal 2021 Defense appropriations measure on the House floor this week is one of six in an appropriations package that the House expects to pass by Friday. The Senate Appropriations Committee has yet to mark up its own Defense spending bill.

The House’s appropriations legislation will include a package of amendments by Appropriations Chairwoman Nita M. Lowey, D-N.Y., that would place new limitations on when and how members of the military or federal law enforcement officers can respond to protest locations throughout the United States.

Members of the U.S. military would be required to wear patches that indicate their first and last name, an identification number, their rank and which branch of the military they’re in.

Federal law enforcement officers within the Justice Department would be required to wear a uniform that identifies which agency they work for; they would be prohibited from wearing military-style uniforms and could only use vehicles that identify their agency.

Related: Transgender Navy SEAL To Trump: 'Let's Meet Face To Face And You Tell Me I'm Not Worthy'

On top of the Lowey measure, 83 amendments are in order on just the Defense portion of the bill.

These include one by Rep. Steve Cohen, D-Tenn., that would bar Defense Department spending on businesses and properties tied to President Donald Trump.

If Speier’s transgender ban becomes part of the House’s Defense spending measure, it will face an uphill climb again this year during Senate negotiations.

That has not dissuaded LGBTQ advocates.

“The thousands of transgender patriots serving this nation deserve much better than to be singled out for discrimination for no justifiable reason,” said Jennifer Dane, the interim executive director of the Modern Military Association of America, an advocacy group for LGBTQ service members, in a statement for CQ Roll Call. “We urge Congress to pass this critically important measure and ensure any qualified patriot is able to serve, regardless of their gender identity.”

Peter Perkowski, the group’s legal and policy director, acknowledged in an interview that convincing the Senate to overturn the ban could prove difficult. But he said House adoption of Speier’s amendment would still be important.

“History shows you don’t always prevail in your first try,” Perkowski said. “You keep trying until you get where you need to go.”

The Trump administration’s policy took effect April 12, 2019. It would bar the military from signing up new recruits who either have transitioned to another gender or are taking hormones to do so.

The policy would permit transgender people who are currently serving in the military to remain there if they were diagnosed with gender dysphoria by a military medical provider prior to the implementation date.

On July 22, a dozen House Democrats wrote Defense Secretary Mark T. Esper reiterating their opposition to the policy and requesting more information on the lack of waivers. The letter said 19 people have been barred from joining the military under the policy. And it said 179 people are known to have been diagnosed with gender dysphoria since the implementation date.

Two weeks earlier, 116 House Democrats wrote Esper and Attorney General William Barr urging them to rescind the policy on the heels of a Supreme Court decision that protected LGBTQ people from discrimination but did not directly address the military policy.

The Supreme Court ruled in 2019 that the Trump transgender policy could be implemented while lower court fights continued. Four lower courts are currently considering cases seeking to overturn the policy, Perkowski said.