Here’s What The Data Actually Says About Transgender Military Service

As of Jan. 1, transgender individuals are allowed to openly enlist and continue serving in the U.S. military without fear... 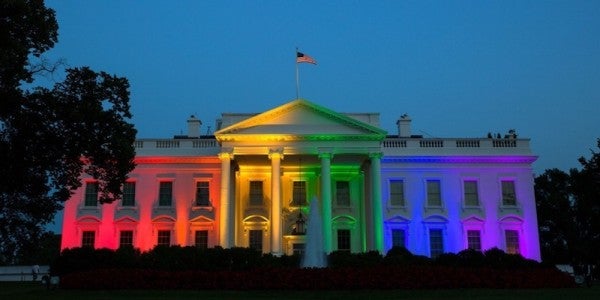 As of Jan. 1, transgender individuals are allowed to openly enlist and continue serving in the U.S. military without fear of being discharged.

President Donald Trump issued a ban on transgender military service in August 2017. It was struck down by U.S. District Court Judge Colleen Kollar-Kotelly last fall. In December, the Department of Defense announced it would allow transgender people to enlist in 2018.

In a strongly worded 76-page opinion, Kollar-Kotelly wrote: “There is absolutely no support for the claim that the ongoing service of transgender people would have any negative effects on the military.”

And she’s right. Since 2014, we have been working with transgender service members and veterans to better understand their experiences. It is part of a large and growing body of scientific research President Trump, and conservatives more broadly, have ignored.

In the United States, transgender individuals were officially barred from serving in the armed forces starting in the 1960s. The early prohibition was based on a now-outdated psychiatric classification. Until 2013, the American Psychiatric Association classified transgender people as having “gender identity disorder.” This disqualified them for military service, along with anyone else who exhibited a mental disorder.

Since the 1980s, the U.S. armed forces barred service of any person with a “current or history of psychosexual conditions including but not limited to exhibitionism, transsexualism, transvestism, voyeurism, and other paraphilia.” However, the view that transgender people have a pathological condition conflates transgender identity with mental illness and distress. It assumes that all transgender people experience gender dysphoria. Gender dysphoria relates to distress caused when an individual’s assigned sex at birth is incongruent with their current gender identity or expression. Not all transgender people experience it.

Related: The US Military Has Always Been A Social Experiment »

In 2015, the American Medical Association adopted a formal policy stating that there is no medical rationale for excluding transgender people from openly serving in the military.

Serving under the ban

Transgender people have long served in the armed forces. The Williams Institute, a think tank at the University of California in Los Angeles, estimates that roughly 134,000 transgender Americans hold veteran status.

About 15,000 transgender people are currently serving across all branches of the U.S. armed forces, including the National Guard and Reserve forces. The vast majority have served under the transgender ban.

This was in stark contrast to the personal lives of service members where the majority of those surveyed reported being out to immediate family members (72.2 %) and nonmilitary friends (69.4 %). This has limited their access to support services and health care, and made it difficult to gain institutional recognition.

Our findings also suggest that transgender individuals enlist for many of the same reasons as cisgender men and women, those whose assigned sex at birth corresponds with their gender identity. Transgender people are motivated by educational goals, career aspirations, travel, family history, patriotism and stability. Transgender service members also report few mental or physical health issues that would limit them from meeting fitness criteria.

Research conducted by the nonprofit RAND National Defense Research Institute has found similar evidence. RAND was commissioned by the government to conduct a wide-ranging external study to assess the impact of transgender service.

RAND reported that the Departments of Defense Homeland Security would incur only small increases in annual health care cost, estimated between US$2.4 million to $8.4 million, representing only .04 to .13 percent of the budget. That is in direct contrast to President Trump’s justification for the ban, as he cited “tremendous medical costs.” Further, the report observed that transgender service has minimal impact on unit readiness and cohesion. And, it recommended that military fitness policies align with contemporary medical standards.

Impact of a military ban

Most concerning, however, is that the current commander-in-chief discredits the service and sacrifices of tens of thousands of transgender veterans and service members. They have served and will continue to proudly serve our country despite persistent injustice and inequality.

Brandon Hill is the executive director of the Center for Interdisciplinary Inquiry and Innovation in Sexual and Reproductive Health, University of Chicago.Joshua Trey Barnett is a professor of rhetoric at University of Minnesota Duluth. This article was originally published on The Conversation. Read the original article.