The Gleason family set out on what was supposed to be a relaxing ocean cruise three weeks ago. They’ve ended up in a limbo that’s tested their resilience like never before. 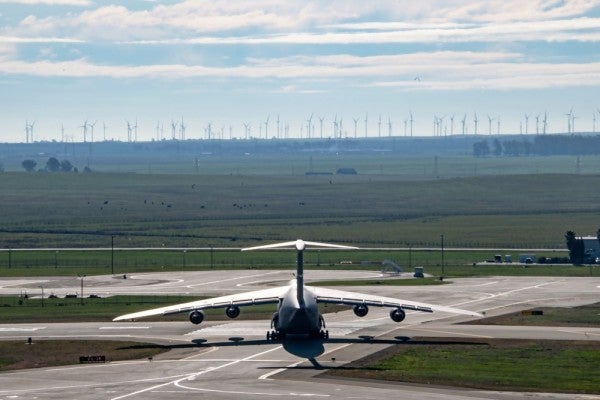 The Gleason family set out on what was supposed to be a relaxing ocean cruise three weeks ago. They’ve ended up in a limbo that’s tested their resilience individually and as a family like never before.

The Rocklin, California family was among the 2,500 passengers on the now infamous Grand Princess, the cruise ship where 21 passengers – at last official announcement – got sick with the coronavirus.

For the last dozen days, it’s been one form of limbo after another for Jacob, a Trader Joe’s employee, Kaylen, a yoga instructor, and daughters Evelyn, 9, and Natalie, 6,

First it was five days of forced confinement in a 10-foot by 12-foot cabin as their cruise ship waited off the California coast to be allowed to return to land. Kaylen Gleason says they did not know what was rumor and what was fact during those anxious days, both about their plight and about what was happening in the outside world.

The day they were finally allowed on deck for 20 minutes, wearing masks, one daughter had a brief panic attack. The bizarre scene of people in masks and others in white protective gear was triggering: Evelyn couldn’t breath and thought she must be sick.

Last Tuesday, after the ship had been docked for nearly two days in a corner of the Port of Oakland, their number was called. They danced for joy, and to shed anxiety. But their glee turned to angst. Their bus sat on the dock for an hour, then again for more than two hours, past midnight, at Travis Air Force Base, waiting in line as buses ahead of them slowly disgorged 900 cruise refugees for a quarantined stay.

They’re now in quarantine for what they think will be 14 days in a two-bedroom apartment in a fenced, makeshift compound at Travis. They see security cars patrolling the perimeter.

It’s been a relief, compared to the ship, where they felt like “caged animals,” and the bus, where they didn’t dare go to the bus bathroom, which had run out of toilet paper. “We felt human again,” Kaylen said, “like people cared, and we had some ability to understand what is happening outside of our room.”

Food is delivered to their door three times a day in plastic containers. They go out for walks and the kids play in a playground. They have cathartic talks with other passengers, sharing stories while trying to keep six feet of distance between them. They have three TVs in their apartment. They play a lot of card games. And they have developed a new family hobby: They’re learning magic tricks.

On Saturday, the first care packages of Amazon shipments from friends and family arrived. There was the coffee that Kaylen had been craving for a week. Packages of tea and Vitamin C. A Mad Libs game, a soccer ball, toothpaste, socks, throat lozenges and a “Kung Fu Panda” movie.

“Not having coffee was driving me crazy,” Kaylen said.

The family is physically well. They had their temperatures taken when they got off the ship in Oakland. Two officials come around each day to take daily temperatures. On Friday, they asked the men: Has anyone in our compound gotten sick?

“Nope, not so far,” was the answer. That buoyed them.

On Saturday, the family got a letter that’s left them realizing how uncertain the next week may be for them. The letter said they could get coronavirus tests if they want to take them. “We haven’t decided yet,“ Kaylen said. “We’re looking for more information first.”

“It’s very hard to make sense of this,” Kaylen said.

She wonders what the psychological after-affects may be when this saga is over. She thinks the family might want to go into counseling when they get back home.

“We could all use a little bit of therapy after this. I think it is a good idea. The kids seem fine but you don’t know what is going on inside of them that they don’t know how to process.“

It’s the most trying chapter of her family’s young life together. But, Kaylen Gleason said, it’s amounted to some real bonding time.

“Our daughters are certainly getting our attention,” she said.