A Texas woman has pleaded guilty to her involvement in a multi-million dollar Tricare scheme. Of those who have already... 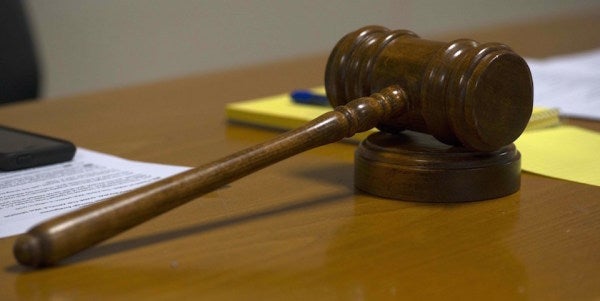 A Texas woman has pleaded guilty to her involvement in a multi-million dollar Tricare scheme. Of those who have already pleaded guilty in this matter and are awaiting sentencing is a medical assistant from Conway.

Jennifer Sorenson, 41, of McKinney, Texas, on Wednesday pleaded guilty in the United States Eastern District Court of Arkansas to conspiring to violate the Anti-Kickback statute, U.S. Attorney Cody Hiland said in an announcement.

Following her guilty plea, Sorenson faces up to five years in prison and could be ordered to pay a $250,000 fine.

The Texas woman is the seventh to plead guilty in the Tricare scheme.

In October, Brad Duke, 44, of Little Rock, Charlotte Leija, 38, of Conway, Michael “Chance” Beeman, 48 of Maumelle and Michael Sean Brady, 50, of Little Rock each pleaded guilty for their separate roles in the scheme.

Chris Givens, a spokesman for the Eastern District of Arkansas, said Duke orchestrated the scheme.

Patient recruiters forwarded beneficiary insurance to Duke, and from there it was routed to Leija — a local medical assistant. Leija was instructed to file the prescriptions under the doctor's name under which she worked for.

In less than a year, the Tricare scheme generated more than $10 million in compound prescriptions for more than 100 Tricare beneficiaries stretching across the nation from as far west as Chula Vista, California, to as far east as Foxborough, Massachusetts.

“Duke marketed drugs for a Mississippi compounding pharmacy, earning commission whenever affiliated doctors prescribed its drugs,” Givens said. “For a time in 2014 and 2015, Tricare (our military's health insurer) paid exorbitant sums — up to tens of thousands of dollars per patient, per month — for certain compounded drugs. Duke sought to capitalize on this by paying one set of kickbacks to Patient Recruiters to send him Tricare beneficiary information and another set of kickbacks to Leija to rubber stamp prescriptions in their names.”

Duke paid his patient recruiters more than $2 million for seeking out Tricare beneficiaries. Leija received more than $250,000 for issuing the prescriptions.

Hiland has said said his office works hard to pinpoint criminals taking advantage of other residents and will continue to do so.

“Duke's scheme resulted in millions of dollars of fraud and waste to our taxpaying citizens,” he said. “This office is determined to root out the criminal fraud in our nation's health care programs.”

“These pleas are a reflection of Duke's greed to promote prescription for compounded drugs in a kickback scheme for his own profit,” Diane Upchurch, the special agent in charge of the FBI's Little Rock Field Office, said. “The United States Attorney's Office, HHS-OIG, and the FBI will aggressively pursue providers who violate the law for personal gain.”

“Any time fraudulent claims are submitted for payment, the nation's health insurance programs suffer,” he said. “Along with our law enforcement partners, this office will continue the important mission of protecting the financial integrity of our nation's health care systems and bringing to justice those individuals who deliberately manipulate those systems to obtain federal dollars to which they are not entitled, especially funds designated for providing vital health care services to our military veterans.”