U.S. troops fighting in the coalition against ISIS came under direct attack near Turkish-backed Free Syrian Army soldiers in Northern... 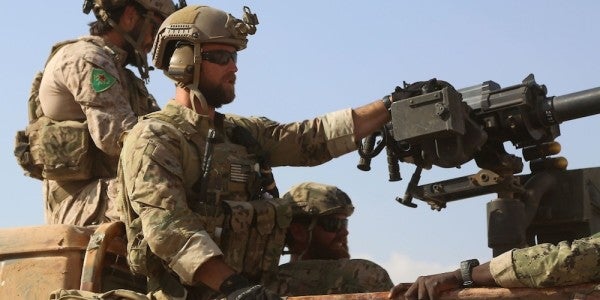 Eric Pahon, a Pentagon spokesman told Business Insider that “unknown groups” have engaged with U.S. forces on “multiple occasions over the past week or so Northwest of Manbij,” a town in Syria formerly held by ISIS.

“Our forces did receive fire and return fire and then moved to a secure location,” U.S. Army Col. Ryan Dillon, spokesman for Operation Inherent Resolve, told Reuters. “The coalition has told Turkey to tell the rebels it backs there that firing on US-led coalition forces is not acceptable.”

Sources told CNN that no casualties occurred on either side.

Turkey backs a number of forces that oppose Syrian President Bashar Assad and has made efforts to keep its border area clear of ISIS and other militants.

The U.S. supports several Syrian militias that also oppose Assad, though the U.S. now only supports them in their fight against ISIS. However it seems that the Turkish-allied forces likely knew they were exchanging fire with U.S. soldiers.

“These patrols are overt. Our forces are clearly marked and we have been operating in that area for some time,” said Dillon. “It should not be news to anyone that we are doing this, operating in that particular area.”

“We're there to monitor and to deter hostilities and make sure everyone remains focused on ISIS,” said Pahon. “We're going to have to continue our patrols but we have had to move to some protected positions.”