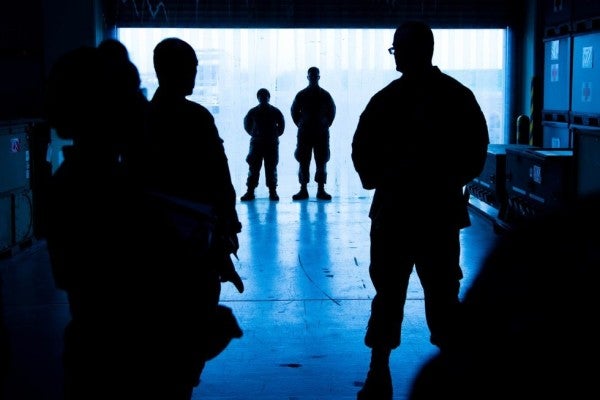 The commander of U.S. forces in the Pacific has banned travel to China for all service members and civilian personnel under his authority and ordered those now in China to leave immediately, officials said late Friday.

Following on a coronavirus directive issued earlier by Defense Secretary Mark Esper, Adm. Phil Davidson, commander of U.S. Indo-Pacific Command, “has restricted all Defense Department travel to the People's Republic of China (PRC),” according to a statement from Marine Maj. Cassandra Gesecki, deputy director of media relations for INDOPACOM.

In addition, all DoD personnel currently in China “on temporary duty and in leave status are directed to depart mainland China immediately,” Gesecki said.

Esper's earlier directive aligned with State Department travel warnings on China and Centers of Disease Control guidance, advising troops to avoid contact with persons suspected of having the virus, and stay vigilant to recognize symptoms of the illness.

Other combatant commands are also expected to issue guidance on the coronavirus response specific to their areas of operations.

On Friday afternoon, the Trump administration declared a public health emergency in the U.S. in response to the coronavirus outbreak.

At a White House news conference, Health and Human Services Secretary Alex Azar said that President Donald Trump took the action “to minimize the risk of novel coronavirus in the United States,” where at least seven confirmed cases of pneumonia-like coronavirus have been reported.

The risk of contracting the coronavirus in the U.S. is low, Azar said, but “we are working to keep the risk low.”

Under the public health emergency, which will become effective Sunday at 5 p.m. Eastern time, all U.S. citizens who have been in China's central Hubei province, the epicenter of the virus, will be subject to 14 days of mandatory quarantine upon returning to the U.S., Azar said.

Other federal officials at the White House news conference said that about 200 U.S. citizens who were evacuated from the city of Wuhan in Hubei province on Wednesday and taken to March Air Reserve base in southern California would be held there in quarantine for 14 days, the incubation period for the virus.

In addition, “Foreign nationals other than immediate family of U.S. citizens and permanent residents who have traveled in China in the last 14 days will be denied entry into the United States” as long as the emergency continues, Azar said.

All flights from China to the U.S. also will be restricted to seven airports, beginning Sunday, the officials said.