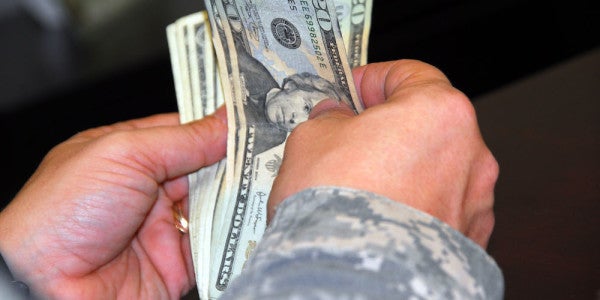 The Defense Department proposed Monday a 2.6 percent military pay raise for 2019 that would come on top of the 2.4 percent increase this year.

“In support of the department's effort to continue to build a bigger, more lethal and ready force, the FY2019 budget proposes a 2.6 percent increase in military basic pay,” the Pentagon said in releasing its budget request.

The proposed raise, which would have to be approved by Congress and the White House, would amount to the largest military pay raise in nine years, the department said in the supporting papers for the budget request.

The 2.6 percent pay increase proposal is aimed at ensuring the military “remains appropriately positioned to compete with the private-sector marketplace for new recruits and to retain a well-trained and quality force,” the department said.

The request also reflects the expectation within the department that “moderate and manageable increase in basic pay will continue in the near term and will match the growth in private-sector wages,” it said.

Trump acted, as previous presidents have, to approve the pay increase while Congress remained at an impasse on the overall budget.