President Donald Trump has settled on a new military strategy in Afghanistan after months of bitter internal debates by his... 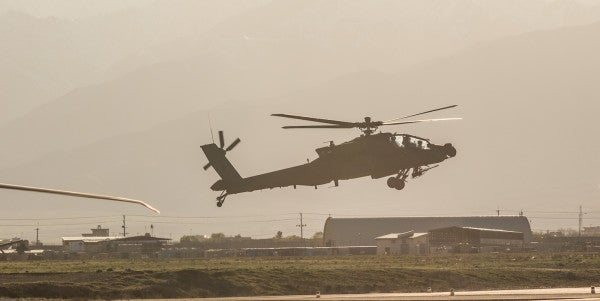 President Donald Trump has settled on a new military strategy in Afghanistan after months of bitter internal debates by his national security team and will announce a plan Monday expected to provide U.S. commanders with additional troops and broader authority to pursue militant forces.

Trump is expected to authorize about 4,000 more U.S. troops for counterterrorism missions, as well as U.S. advisers to work closer to the front lines with Afghan military officers in America’s longest war.

The new forces will join the 8,400 U.S. and 5,000 North Atlantic Treaty Organization troops who now train and advise Afghan security forces as they seek to quell a resurgent Taliban, Islamic State militants and other militias that have plunged the war-torn nation into deeper chaos over the last year.

The strategy comes as U.S. military officials have warned of Afghanistan’s fast-worsening security situation. The United Nations said 11,418 civilians were killed last year — the most since the U.N. began keeping records in 2009. Eleven U.S. troops have been killed there so far this year, compared with nine all of last year.

The new Trump strategy also is expected to try to pressure Pakistan, a nominal U.S. ally, to take greater measures to crack down on Taliban insurgents and other militant groups that launch cross-border raids into Afghanistan.

Whether the strategy will restore stability is far from clear. Despite a variety of American initiatives, the Taliban holds sway over rural areas and controls more territory now than at any time since the U.S.-led invasion in 2001 toppled the group from power, according to U.N. estimates.

In a statement, the White House said Trump would address the nation at 9 p.m. Eastern time Monday from Fort Myer, outside Washington, instead of the White House or the New Jersey golf resort where he has spent most of the month.

Trump will “provide an update on the path forward for America’s engagement” in Afghanistan and South Asia, the statement said.

“The process was rigorous,” Mattis said Sunday, speaking to reporters in Amman, as he visited the region. “And it involved all members of the Cabinet, of the national security staff, writ large.”

Without going into detail, Mattis said the strategy “involves significant allies,” presumably members of the NATO coalition that have fought at the U.S.’s side in Afghanistan since the invasion that followed the Sept. 11, 2001, terrorist attacks.

“The president has made a decision,” Mattis said. “I am very comfortable that the strategic process was sufficiently rigorous.”

“It is a South Asia strategy,” he added. “It is not just an Afghanistan strategy.”

Trump has said little in public about the long-running war, either as a candidate or in the White House. He ran on a platform of reducing American foreign military entanglements, and during his first seven months in office, he has balked at authorizing more troops.

He repeatedly deferred making a decision as his chief advisers produced multiple proposals for resolving the long conflict and engaged in sometimes bitter internal debate.

Some in the administration, including recently ousted strategic adviser Stephen K. Bannon, questioned the goal of sending more Americans into a war that has dragged on for 16 years without producing a clear result, according to U.S. officials who asked not to be identified revealing internal discussions.

Bannon instead reportedly advocated outsourcing of the conflict to what many in the military establishment consider mercenaries, rather than sending in more troops, as Mattis and others had urged.

Bannon reportedly backed a proposal floated by Erik Prince, founder of the now-defunct private-security firm Blackwater, to hand over key elements of the U.S. military’s mission in Afghanistan to private contractors, obviating the need for major troop increases.

That idea — and Prince’s high-powered lobbying — met strong resistance in the Pentagon as well as in the circle of current and retired generals around Trump — Kelly, Mattis and McMaster. To traditionalists in the ranks of the military and the diplomatic corps, the notion of outsourcing a core government function was deeply distasteful.

U.S. commanders say extra troops are needed to help train and advise Afghan units in hopes of breaking what the U.S. commander in Afghanistan, Gen. John W. Nicholson Jr., has termed a “stalemate.”

Over the last year, the Taliban has launched fierce attacks on government-held provincial capitals, and the growth of Islamic State in eastern Nangarhar province has triggered a sharp increase in U.S. airstrikes.