As Puerto Rico is struggling to recover from hurricanes and earthquakes, the White House confirmed on Friday that it's appointing U.S. Coast Guard Rear Adm. Peter Brown as its liaison for the island 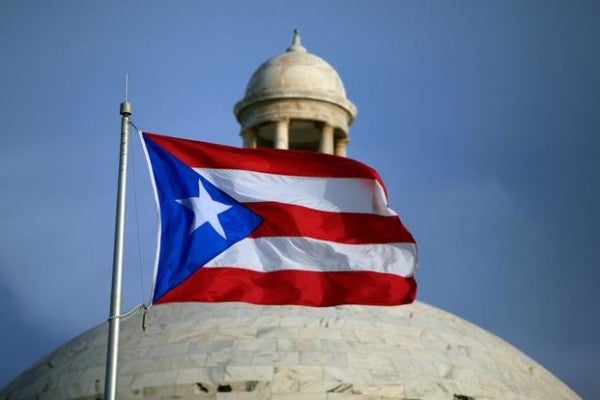 As Puerto Rico is struggling to recover from hurricanes and earthquakes, the White House confirmed on Friday that it's appointing U.S. Coast Guard Rear Adm. Peter Brown as its liaison for the island.

In a statement, the White House said Brown “will coordinate United States Government efforts to build the infrastructure and resiliency of Puerto Rico.”

The U.S. territory of 3.2 million people has been hit by a series of natural and political disasters in recent years that are strangling its economy.

In 2017, Hurricane Maria razed parts of the island and destroyed the electrical grid. In August 2019, Gov. Ricardo Rosselló stepped down amid mass protests sparked by corruption allegations. More recently the island has been rattled by a series of earthquakes that peaked on Jan. 7 with a magnitude 6.4 quake, and that have destroyed hundreds of buildings.

To complicate matters, island authorities have only had access to a fraction of the $48.5 billion in recovery funds that Congress has approved since. And Trump routinely vilifies local officials as corrupt and inefficient, amid burgeoning scandals.

Brown's appointment as Special Representative for Puerto Rico's Disaster Recovery comes as the House of Representatives on Friday passed a bill that would provide more than $4.7 billion for education, transportation, infrastructure repairs, and disaster relief measures.

Trump has already signaled that he will veto the bill — if it passes the Senate.

In addition, Brown will work with Puerto Rico officials and Congress “to ensure that their concerns are communicated to the appropriate departments and agencies and to ensure the resources of hardworking taxpayers are effectively used to help the people of Puerto Rico,” the White House said.

On Tuesday, Brown met with Puerto Rico Gov. Wanda Vázquez and the island's non-voting member of the House or Representatives, Jenniffer González.

Brown joined the White House in July 2019 as the Homeland Security and Counter-terrorism Advisor. Prior to that, he was the Commander of the Seventh Coast Guard District headquartered in Miami, where he was responsible for all Coast Guard operations in the Southeast United States and the Caribbean Basin.

A career Coast Guard officer, Brown's first duty station was in San Juan, Puerto Rico, and he has served more than half his 34-year career in the Caribbean.