President Donald Trump asked the U.S. Supreme Court to clear his administration to start using Pentagon funds for construction of more than 100 miles of fencing along the Mexican border 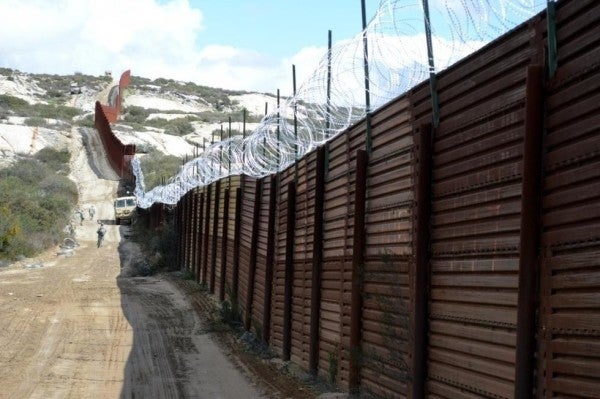 WASHINGTON — President Donald Trump asked the U.S. Supreme Court to clear his administration to start using Pentagon funds for construction of more than 100 miles of fencing along the Mexican border.

Filing an emergency request Friday, the president asked the justices to lift a freeze on the money while a legal fight with the Sierra Club and another advocacy group plays out.

The request marks the first time the Supreme Court has been confronted with the dispute stemming from Trump's declaration of a national emergency in February to free up federal money for his border wall.

A federal trial judge in Oakland, Calif., blocked the use of $2.5 billion in a pair of orders in May and June. The judge and a San Francisco-based federal appeals court then refused to halt the rulings while the litigation went forward.

U.S. Solicitor General Noel Francisco told the high court that, because of federal budgetary rules, the administration risks not being able to use the money at all if the orders aren't lifted.

The administration wants to build barriers in stretches of New Mexico and Arizona that it says are used heavily by drug smugglers.

“The injunction frustrates the government's ability to stop the flow of drugs across the border in known drug-smuggling corridors,” Francisco wrote.

The American Civil Liberties Union is representing the challengers.

“Congress has already considered and rejected Trump's xenophobic obsession with a wall,” said Dror Ladin, the ACLU lawyer who argued the case at the lower court level. “And the Constitution is clear that the president has no power to disregard that decision.”

Justice Elena Kagan, who handles emergency requests from that part of the country, ordered the Sierra Club to file a response by July 19.