“It’s past time for Trump to finally give up on trying to raid the federal budget for his wasteful and illegal project.” 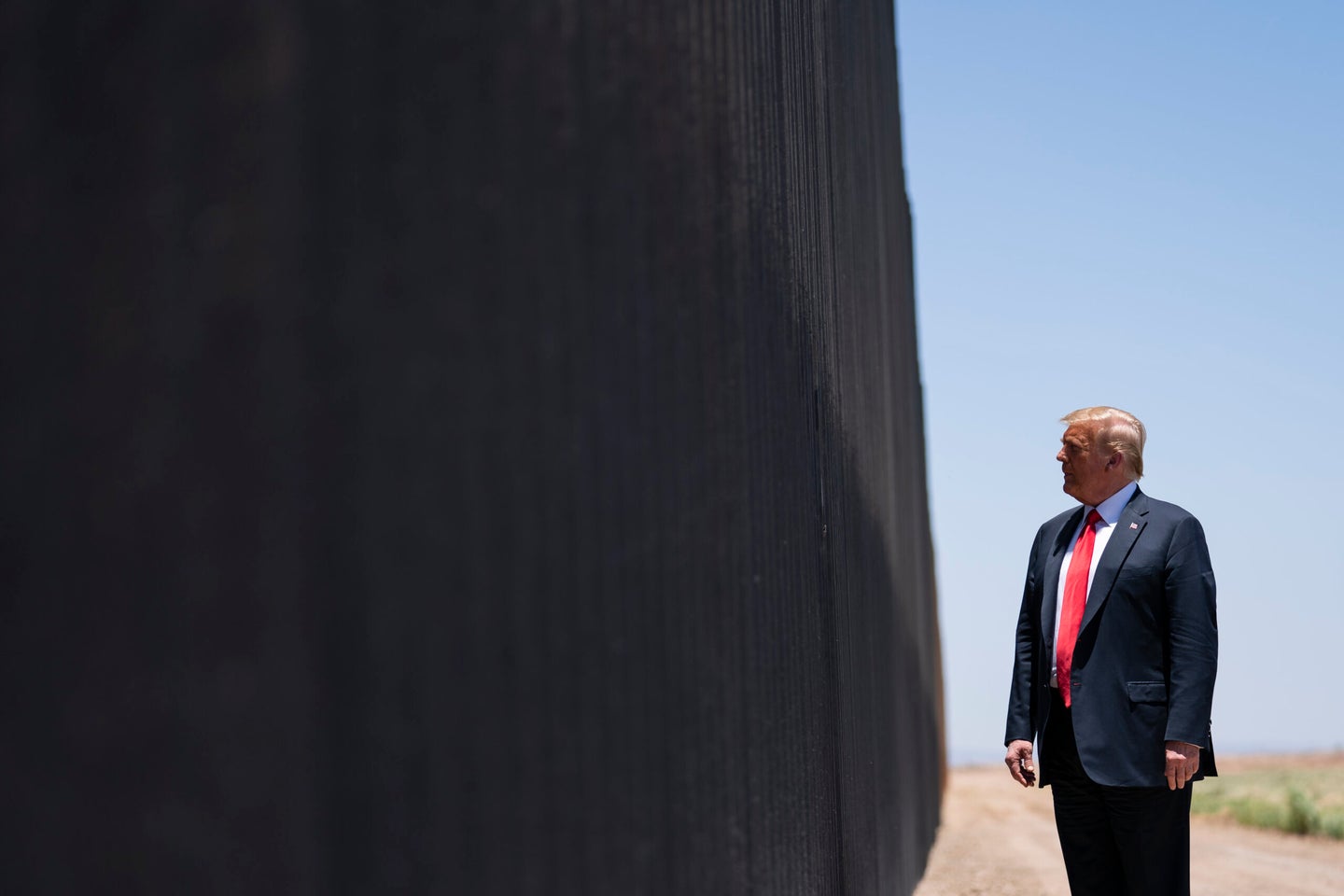 A federal appeals court ruled late Friday that President Donald Trump’s use of his emergency powers to build his long-promised border wall with military funds is illegal, striking a blow to one of his signature campaign promises just weeks before the November election.

The 2-1 decision from the 9th U.S. Circuit Court of Appeals comes as $3.6 billion was slated for construction of about a dozen projects, including two projects in the Laredo and El Paso areas.

The money was diverted from funds dedicated for military construction after the president declared a national emergency in February 2019 to tap the funds. The projects in Texas would have covered more than 60 miles, according to the American Civil Liberties Union.

“The courts have once again confirmed what everyone knows: Trump’s fake ‘national emergency’ was just another pretext for targeting immigrants and border communities,” said Dror Ladin, a senior staff attorney with the ACLU’s National Security Project. “It’s past time for Trump to finally give up on trying to raid the federal budget for his wasteful and illegal project.”

The lawsuit, Sierra Club v. Trump, was filed last year by the ACLU on behalf of the Sierra Club and Southern Border Communities Coalition. The ruling Friday upholds a 2019 decision that halted the construction. But that order was put on hold, said Gloria Smith, the managing attorney at the Sierra Club.

“The district court was very careful and went ahead and granted an injunction and then stayed his own injunction pending a full resolution of the case,” she said. “So the stay is gone, the injunction is back in force, which means no construction.”

Trump’s emergency declaration came after the U.S. Congress allotted about $1.4 billion in a 2019 budget bill for wall construction. But Trump balked at the amount after he requested nearly $6 billion for the effort. Congress tried twice to stop the national emergency declaration, but the president vetoed both efforts.

Friday’s decision comes as the Trump administration is in an 11th-hour push to speed up construction of barriers on the southern border before the Nov. 3 election. Construction has increased to about 2 miles per day, nearly twice the daily rate since the start of 2020, The Washington Post reported late last month.

But Texas has been a persistent wrench in the president’s plans because, unlike in other border states, most of the land eyed for border barriers in Texas is on privately owned land. That means the Department of Homeland Security must secure some of that land through eminent domain, a process that can take long if landowners choose to file suit against the federal government.

Smith said the plaintiffs were celebrating Saturday but are prepared for future battles, including possible arguments before the U.S. Supreme Court because there are other aspects of the case that the administration can challenge.

Related: Lawmakers blast the Pentagon for shifting money to the US-Mexico border wall

“The administration, the Department of Homeland Security, needed to identify the provisions in the U.S. Code that it would rely on to take those monies,” she said. “As we started to learn that, and as we started identifying specific project sites, we would amend our complaint with more specificity. So there are offshoots of the main lawsuit.”

David Donatti, an attorney with the ACLU of Texas, said the Supreme Court could issue an emergency stay without making a final determination on the case before the Nov. 3 election.

“They could do that, but they would need a majority of the court to do it. But because at the moment we only have eight justices, we have to see how that would shake out,” he said.

This article originally appeared on The Texas Tribune, a nonprofit, nonpartisan media organization that informs Texans — and engages with them — about public policy, politics, government and statewide issues.