In a phone called with Turkish President Recep Tayyip Erdogan on Sunday, President Donald Trump reportedly advised Turkey not to invade northeastern Syria and offered to resume sales of the U.S.'s fifth-generation aircraft, the Lockheed Martin F-35, in exchange 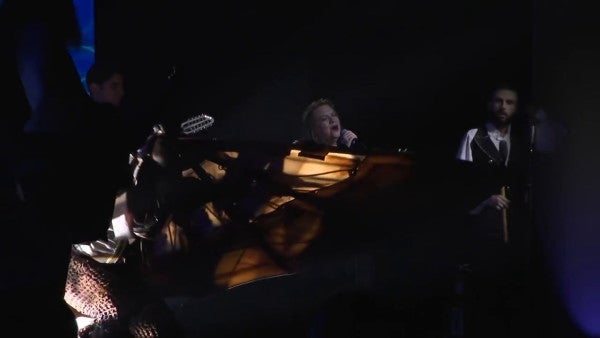 Erdogan is still scheduled to visit the White House in November.

Trump made the decision to withdraw roughly 1,000 U.S. troops from the region on Sunday following his call with Erdogan. Thousands of US-backed Kurdish allies are stationed in northeastern Syria, and observers say Trump's decision has left the Kurdish fighters vulnerable to Turkish attack and may even fuel an ISIS resurgence.

Turkey has long cited the Kurdish People's Protection Units, or YPG, and the Kurdish-majority Syrian Democratic Forces (SDF) as terrorist threats with links to the Kurdistan Workers' Party (PKK). The PPK is a Turkey-based rebel group that has been designated as a terrorist organization by the U.S. and Turkey.

Trump's purported offer to Erdogan marks a departure from the U.S.'s policy not to include Turkey in its flagship F-35 program starting in July. The U.S. granted F-35 contracts to several allies, including the UK and South Korea, but took Turkey off that list when it purchased Russia's advanced S-400 air defense systems.

“The F-35 cannot coexist with a Russian intelligence collection platform that will be used to learn about its advanced capabilities,” the White House said in a statement at the time.

“Turkey has been a longstanding and trusted partner and NATO Ally for over 65 years, but accepting the S-400 undermines the commitments all NATO Allies made to each other to move away from Russian systems,” the statement added. “This will have detrimental impacts on Turkish interoperability with the Alliance.”

Turkey, which created over 900 parts for the F-35, was removed from the program and is expected to be replaced by American manufacturers by March 2020, according to Lockheed Martin CEO Marillyn Hewson. The country has said it would buy 100 F-35As.

The U.S. also withdrew its offer of a $3.5 billion Patriot missile system contract due to Turkey's purchase of Russia's S-400s.

Turkish officials protested the expulsions and described it as a “mistake which would open irreparable wounds.”

Russian S-400 air-defense missile systems in Moscow during the Victory Day parade on May 9, 2018(Reuters/Sergei Karpukhin)

Despite warnings from Congress, Trump sympathized with Turkey and signaled the resumption of F-35 deliveries. Under the Countering America's Adversaries Through Sanctions Act, Turkey's purchase of Russian military equipment makes it liable to US sanctions.

“Because of the fact that you bought a Russian missile, we're not allowed to sell them billions of dollars' worth of aircraft,” he added. “It's not a fair situation.”