“I am again calling on Syria to help us bring him home … There is no higher priority in my administration.” 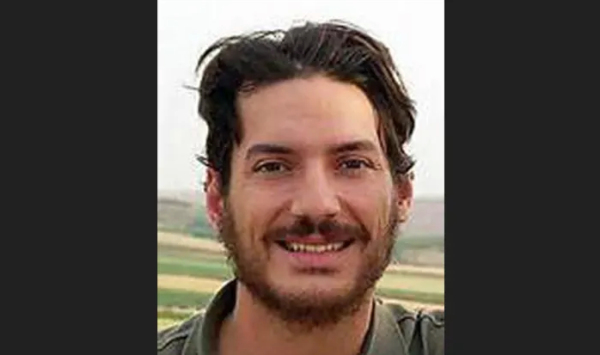 WASHINGTON — President Donald Trump on Friday renewed his call for the Syrian government to help find and return Austin Tice, an American journalist who went missing covering the war there in 2012.

Marking the eighth anniversary of his disappearance, Trump said that the administration “will not rest” until Tice is brought home.

“Earlier this year, I asked the government of Syria to work with us to find and return Austin. I am again calling on Syria to help us bring him home,” Trump said. “There is no higher priority in my administration than the recovery and return of Americans missing abroad. The Tice family deserves answers. We stand with the Tice family and will not rest until we bring Austin home.”

In a separate statement, Secretary of State Mike Pompeo said the administration has repeatedly sought to engage the Syrian government of Bashar Assad in talks over Tice.

“The U.S. government has repeatedly attempted to engage Syrian officials to seek Austin’s release,” Pompeo said. “President Trump wrote to Bashar Al-Assad in March to propose direct dialogue. No one should doubt the president’s commitment to bringing home all U.S. citizens held hostage or wrongfully detained overseas. Nowhere is that determination stronger than in Austin Tice’s case.”

Related: The US government is letting Marine veteran Austin Tice languish in a Syrian prison, according to his mother

Tice, who was 31 when he was captured, was born in Texas, and served as an officer of the U.S. Marine Corps.

He was a student at Georgetown Law School in 2012 when he traveled to Syria as a freelance journalist for McClatchy and other news organizations.

In August 2012, he was south of Damascus, writing his final stories and planning to leave for Lebanon. He got into a car in Darayya, a Damascus suburb, and was detained at a checkpoint. Five weeks later, a video was released showing him held by unidentified armed men.

No one has claimed responsibility, and no other information has come from his captors. Credible sources say Tice is alive.

Tice’s family has fought hard for his freedom, and has praised the Trump administration for its efforts to bring him home.

“This administration is pressing it much more diligently than the previous administration,” Debra Tice, Austin’s mother, told McClatchy in an interview in January. “There is a deliberate, concerted effort to make this happen.”