Trump claimed Gold Star families may be the source of his COVID-19 infection. Their tests are negative

The families who attended a White House event honoring the loss of a member of the military are all doing well and do not have the novel coronavirus (COVID-19), the organization that arranged their trip said Thursday after President Donald Trump suggested he might have been infected at that event. 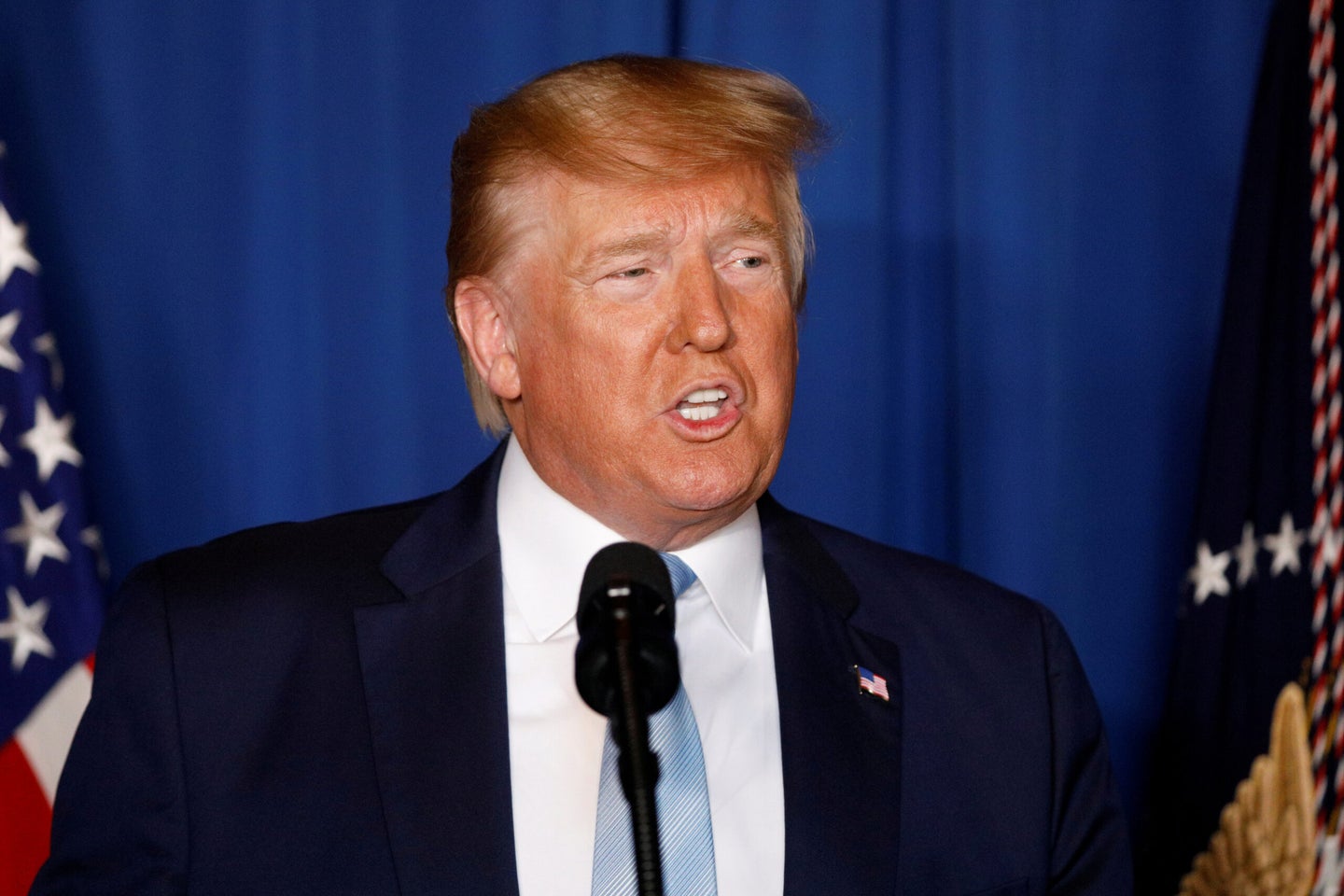 WASHINGTON — The families who attended a White House event honoring the loss of a member of the military are all doing well and do not have the novel coronavirus (COVID-19), the organization that arranged their trip said Thursday after President Donald Trump suggested he might have been infected at that event.

In an interview with Fox Business, Trump suggested that the event to honor Gold Star families, who include the parents, spouses and children of service members killed in the line of duty, at the White House on Sunday, Sept. 27, may have been the source of his coronavirus exposure.

An event a day earlier to announce the nomination of Judge Amy Coney Barrett to the Supreme Court is suspected of being a superspreader after Trump and other White House officials and lawmakers who attended tested positive for the coronavirus.

Trump on Thursday suggested it was his close contact with the Gold Star families that may have made him ill.

“I met with Gold Star families. I didn’t want to cancel that,” Trump told Fox Business News on Thursday, in a call-in TV interview reported by POLITICO.

The families at the event “come within an inch of my face, sometimes,” Trump said. “They want to hug me, they want to kiss me. And they do. And, frankly, I’m not telling them to back up. I’m not doing it.”

But the families so far are doing well, said Timothy Davis, the chief executive officer of The Greatest Generation Foundation, which sponsored their travel to the White House ceremony.

“All of our Gold Star families have had a post-test conducted. All negative,” he said in a statement to McClatchy.

“Considering it has been 12 days since the event, all Gold Star Family are all doing well and exhibit no symptoms of COVID-19,” Davis said.

The foundation reports daily to the White House any change to the guests’ health, he said.

White House spokeswoman Alyssa Farah later told reporters the president did not mean to insinuate that the Gold Star families had been the cause of his exposure.

“His point was merely that in the time frame that he was potentially exposed, there were a number of different venues that he’d been at and individuals he had interacted with that it could have come from — and by no means are blaming anyone who was present,” Farah said. “And we did take a lot of precautions for that event. So based on contact tracing, the data we have, we don’t think it arose from that event.”

The Gold Star families event was attended by all of the military’s senior leadership except for the Navy.

It is suspected of being a possible source of infection for two senior military leaders that has led to a quarantine of all members of the Joint Chiefs of Staff except the Marine Corps.

Senior military leaders who were also at the Gold Star event, many of whom later met with Ray for meetings in the Pentagon, have since quarantined.

The Pentagon said that a second senior military leader, the No. 2 U.S. Marine Corps officer, assistant commandant Gen. Gary Thomas, who attended a meeting in the Pentagon with Ray, has also tested positive.

The chairman of the Joint Chiefs of Staff, Army Gen. Mark Milley, is still quarantined at home, however he has had no symptoms, his last test was negative and he is expected to be tested again Friday, a spokesman for his office said.