Trump’s obsession with buying Greenland may have complicated the release of military aid to Ukraine, US ambassador says

​Acting U.S. ambassador Bill Taylor, the top U.S. diplomat to Ukraine, testified that senior U.S. officials could not advise President Donald Trump to release military aid to Ukraine because it was too difficult to schedule 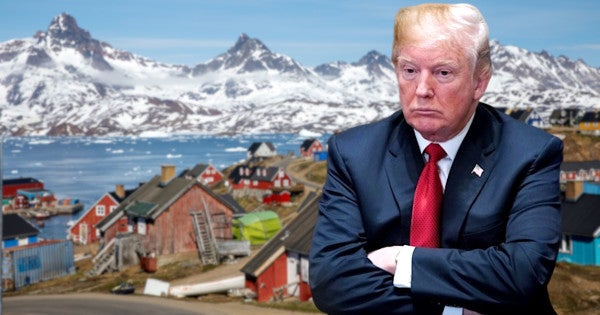 Acting U.S. ambassador Bill Taylor, the top U.S. diplomat to Ukraine, testified that senior U.S. officials could not advise President Donald Trump to release military aid to Ukraine because it was too difficult to schedule.

According to a transcript of a closed-door testimony with House investigators for their impeachment inquiry, Taylor was asked why the security assistance for U.S.-backed Ukraine was on hold. The immediate release of a $400 million military package, Taylor explained, was agreed upon unanimously “of every level of interagency discussion.”

Taylor went on to tell House Intelligence Committee chairman Rep. Adam Schiff of California that a meeting to advise the president was “hard to schedule” because they were “on different trips at different times.”

Taylor said senior U.S. officials, including acting defense secretary Mark Esper and secretary of state Mike Pompeo needed to be present to bring the matter up with Trump, but “getting the right people in the room at the same time” posed a challenge, according to the transcript released on Wednesday morning.

But the career U.S. diplomat added that he believed “this was also about the time of the Greenland question,” and that it “took up a lot of energy in the [National Security Council].”

Trump discussed his interest in the purchase of the world's largest island with others, according to a Wall Street Journal report in August. Trump later described the possibility as “strategically … interesting,” but added it was not on his list of priorities.

“It's just something we talking about,” Trump told reporters in August. “Denmark essentially owns it. We're good allies with Denmark. We protected Denmark like we protect large portions of the world, so the concept came up.”

Danish officials responded to Trump's statements and described it as “absurd.”

“It must be an April Fool's Day joke,” former Danish Prime Minister Lars Lokke Rasmussen tweeted. “But totally out of !”

In his testimony, Taylor said Trump advocated for Ukrainian President Volodymyr Zelensky to publicly say that he would open an investigation into former Vice President Joe Biden and his son, Hunter Biden. Taylor testified that he believed there was a “clear understanding” that the U.S. military aid was predicated on Ukraine's commitment “to pursue the investigation” into Trump's political rivals.