"I saw the information about the CIA with respect to his brother or half-brother, and I would tell him that would not happen under my auspice that's for sure" 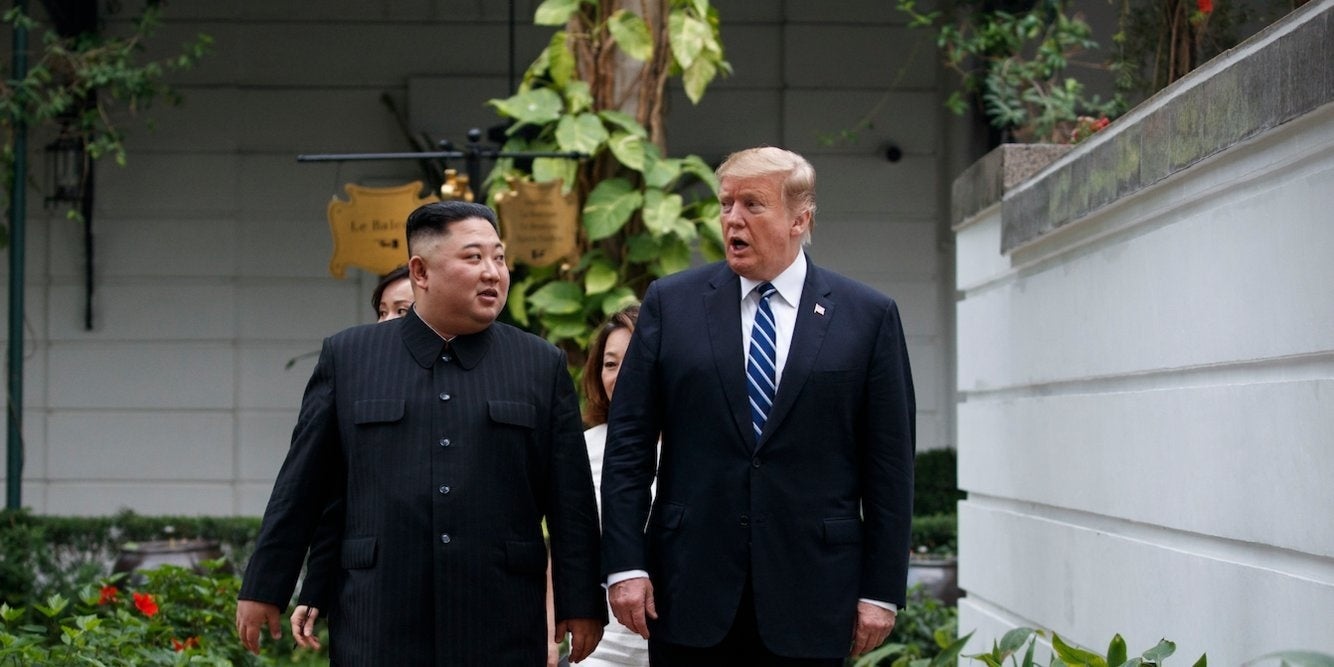 Trump said he had seen the story, but that nothing like that would occur under his watch.

“I saw the information about the CIA with respect to his brother or half-brother, and I would tell him that would not happen under my auspice that's for sure,” Trump told a press gaggle before boarding the presidential helicopter.

“I just received a beautiful letter from Kim Jong Un. I can't show you the letter, obviously, but it was very personal, very warm, very nice letter,” Trump told the press. “North Korea, under his leadership, has great potential.”

Kim Jong Nam was killed with a nerve agent at an airport in Malaysia in February 2017. North Korea has been accused of orchestrating the killing but has officially denied any involvement.

Two women involved in the assassination told courts they believed they were involved in a prank game show during a long and bizarre trial that played out after Kim Jong Nam's death.

CNN White House correspondent Abby D. Phillip, who was at the press gaggle, confirmed to Business Insider that Trump was indeed saying he would not allow the U.S. to use informants against North Korea.

Trump has a long history of attacking the CIA and other intelligence agencies. Notably, Trump sided with Russian President Vladimir Putin during a press conference in Helsinki, Finland, when he took Putin's word that Russia had not meddled in the US elections.

This reportedly sent the CIA into “panic mode.” Later, Trump would retract that statement, claiming he misspoke.

Additionally, Trump has repeatedly accepted promises from Kim that the intelligence community warned against. Famously, at their summit in Singapore, Trump took Kim at his word that North Korea would denuclearize.

So far, North Korea has taken no meaningful steps toward dismantling its nuclear weapons and infrastructure but has almost completely stopped the provocative missile and nuclear tests that brought the Washington and Pyongyang on the verge of war in 2017.

WATCH NEXT: When Trump Met Kim