Trump: Make The Military ‘So Great, So Powerful’ That We’ll Never Have To Use It

Donald Trump’s first major national security speech on Sept. 15 was heavy on hyperbole, but light on details. Speaking on... 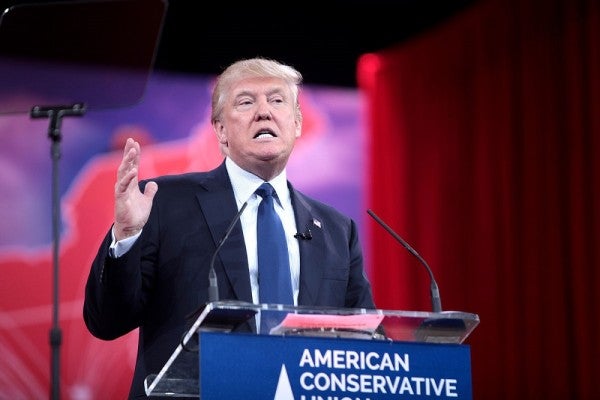 Donald Trump’s first major national security speech on Sept. 15 was heavy on hyperbole, but light on details. Speaking on the deck of the decommissioned USS Iowa, the Republican presidential candidate spoke of expanding the military as a deterrent to the country’s adversaries, but didn’t go into specific detail of how that would happen or at what cost.

The business mogul also took on illegal immigration, with more than half of the address was focused on the U.S.-Mexico border, and Trump repeating past promises to build a wall “and make Mexico pay for it.”

“We have illegal immigrants who are treated better than our veterans right now,” added Trump, who indicated that he would support plans for veterans to use vouchers to seek private health care.