A retired rear admiral and naval aviator, Kenneth Braithwaite would replace Richard Spencer, who was fired on Sunday. 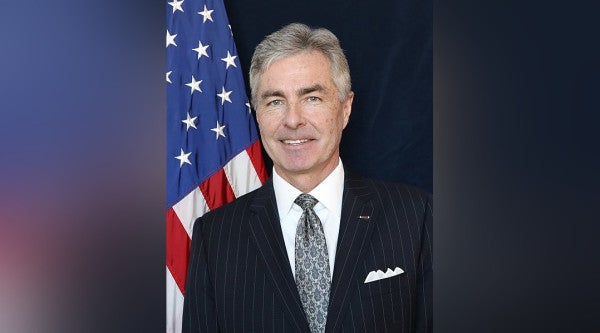 President Donald Trump's latest nominee to lead the U.S. Navy has deep Philadelphia ties: Kenneth Braithwaite was a graduate student at the University of Pennsylvania, once served as a Ridley Park Councilman and worked at the Philadelphia Naval Base.

Trump announced early Monday that he was nominating Braithwaite, a retired Rear Admiral and the current ambassador to Norway, to replace the ousted Richard Spencer.

Spencer was fired by Defense Secretary Mark Esper for allegedly offering to allow a Navy SEAL convicted of a war crime to retire at his current rank, according to a report in the Hill.

Braithwaite graduated from the Naval Academy in 1984 and served as a naval aviator in Hawaii, where he flew antisubmarine missions, scoping out enemy submarines in the Western Pacific and Indian Oceans. Originally from Michigan, Braithwaite worked as chief public affairs officer at the Navy Yard in Philadelphia in 1990 and got a Master's degree in government administration from the University of Pennsylvania in 1995.

During the 1990s, Braithwaite served as a borough councilman in Ridley. He also worked for Sen. Arlen Specter from 1997 to 2000 as a state director. He commanded the NR Fleet Combat Camera Atlantic at Naval Air Station in Willow Grove and provided support in Guantánamo Bay and Operation Iraqi Freedom.

In 2007, he became senior vice president of Hospital and Healthsystem Association of Pennsylvania and the head of the Delaware Valley Healthcare Council, a regional group representing full-service hospitals. In that capacity he was a spokesman on various issues confronting hospitals and healthcare providers.

He became a rear admiral in 2007 and was nominated to be ambassador to Norway in November 2017. In an address to Congress that year, Braithwaite thanked his wife Melissa and two children Grace and Harrison. He also paid homage to his former boss.

“As Senator Arlen Specter told me so many years ago when I worked for him, that the reason we serve is to ensure that our children and our children's children inherit the same great country that we received from those who went before us,” he said. “After 31 years in the uniform of our nation, I intend, with your approval, sirs, to once again do all I can to uphold that sacred responsibility.”