President Donald Trump said on Aug. 10 that his previous promise to respond to threats from North Korea with “fire... 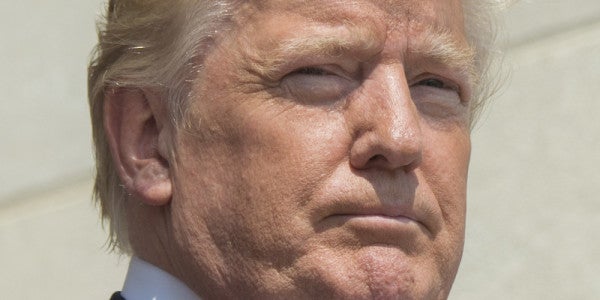 President Donald Trump said on Aug. 10 that his previous promise to respond to threats from North Korea with “fire and fury like the world has never seen” may not have been tough enough.

Trump added that North Korea should “get their act together” or it would be in trouble “like few nations have ever been.”

“The people that were questioning that statement, maybe it was too tough, maybe it wasn't tough enough,” Trump said outside of his golf club in Bedminster, New Jersey, where he is spending time away from the White House.

“It’s about time somebody stuck up for the people of this country and other countries,” Trump continued. “We’re backed 100% by our military.”

Trump's initial threat was met just hours later by North Korea announcing the consideration of a missile strike on Guam, a U.S. territory in the Pacific. The statement also dismissed Trump's “fire and fury” comments as “nonsense.”

“If North Korea does anything in terms of even thinking about an attack, they can be very very nervous,” said Trump, responding to a question about North Korea's proposed launches towards Guam. “Things will happen to them like they never thought possible.”

“The people of our country, our allies are safe,” said Trump, who also attacked past administrations — particularly those of Presidents Bill Clinton and Barack Obama — for failing to halt Pyongyang's nuclear program.

“He’s been pushing the world around for a long time,” Trump said, in reference to Kim Jong Un's aggression in the Western Pacific.

“The DPRK should cease any consideration of actions that would lead to the end of its regime and the destruction of its people,” said Trump's Defense Secretary, Jim Mattis about North Korea's announced consideration of launching missiles at Guam.

On Aug. 9, North Korea reasserted that it's considering shooting four missiles in the waters near Guam, where 7,000 US military personnel and 160,000 civilians live.

Experts contacted by Business Insider find it unlikely that North Korea would launch strikes, but said the U.S. has already suffered a blow to its credibility after Kim deliberately crossed Trump with a threat.