Trump is sure Kim Jong Un ‘does not want to disappoint his friend, President Trump!’ despite 3 missile tests in a week

U.S. President Donald Trump sought again on Friday to play down North Korea's three tests in eight days of short-range missiles, saying they did not break any agreement he had with Kim Jong Un and he was sure the North Korean leader did not want to disappoint him 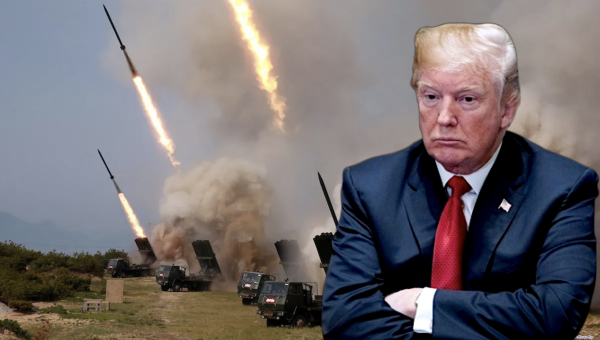 WASHINGTON/SEOUL (Reuters) – U.S. President Donald Trump sought again on Friday to play down North Korea's three tests in eight days of short-range missiles, saying they did not break any agreement he had with Kim Jong Un and he was sure the North Korean leader did not want to disappoint him.

In an apparent reference to Kim's pledge not to resume testing of intercontinental ballistic missiles and nuclear bombs frozen since 2017, Trump said on Twitter: “Chairman Kim does not want to disappoint me with a violation of trust.”

“There is far too much for North Korea to gain – the potential as a Country, under Kim Jong Un's leadership, is unlimited. Also, there is far too much to lose,” said Trump, who has taken to flattering Kim while also maintaining tough sanctions on the totalitarian country.

Stressing the personal rapport he says he has built with Kim in three meetings since June last year, Trump said: “He will do the right thing because he is far too smart not to, and he does not want to disappoint his friend, President Trump!”

Despite Trump's words, North Korea has embarrassed the U.S. president by testing the missiles even though Kim and Trump agreed at a June 30 meeting to revive stalled denuclearization talks.

The talks have yet to resume, and policy analysts believe the tests are designed both to improve North Koreanmilitary capabilities and to pressure the United States to offer more concessions.

A summit between Trump and Kim in Vietnam in February collapsed after the two sides failed to reconcile differences between U.S. demands for North Korea's complete denuclearization and Pyongyang's demands for relief from punishing sanctions.

Trump said on Friday that the short-range tests “may be a United Nations violation,” but he and Kim had never discussed such missiles.

North Korean short-range missiles do not pose a threat to U.S. territory, but they do put at risk U.S. allies Japan and South Korea and the tens of thousands of U.S. troops stationed there.

Testing of such missiles is covered by a 2006 United Nations Security Council resolution demanding that North Korea suspend all activities related to its ballistic missile program.

U.S. officials are still hoping to revive talks with North Korea. U.S. Secretary of State Mike Pompeo, in Bangkok for regional meetings, said on Friday that while the diplomatic process might have some bumps, conversations with North Korea were “going on even as we speak.”

“We're expecting in the not too distant future, we'll be back in a sustained negotiating process,” the official said. He said no time or place had been set for new talks.

The official also appeared to warn against larger North Korean tests, saying: “There are provocations that would potentially result in a more consequential response from the rest of the countries in the world.”

Another U.S. official, also speaking on condition of anonymity, said that in the latest tests, North Korea fired two short-range ballistic missiles and described them as KN-23s, the same type launched in the two previous tests since July 25.

“The aim is not only to increase Pyongyang's ability to coerce its neighbors, another goal is to normalize North Korea's sanctions-violating tests as if they were as legitimate as South Korea's defensive exercises.”

North Korea has demanded that the United States and South Korea call off joint military exercises planned for this month, saying they would violate a pledge by Trump to Kim.

Pyongyang has also warned of a possible end to its freeze on nuclear and long-range missile tests, which Trump has repeatedly held up as evidence of successful engagement with Kim, despite the setbacks.

Some policy analysts believe Kim will have been emboldened to press more aggressively for U.S. concessions given Trump's apparent eagerness to hold up his North Korea policy as a success in his 2020 re-election bid.Pompeo said U.N. sanctions on North Korea remained fully in place.

He said he was disappointed his North Korean counterpart had canceled a planned trip to the Bangkok meetings.

“I think it would've given us an opportunity to have another set of conversations,” Pompeo said. “I hope it won't be too long before I have a chance to do that.”

Andrei Lankov, director of Korea Risk Group think tank, said the latest missile tests did not mean Pyongyang was no longer interested in talks with the United States.

“On the contrary, the choice of the short-range missile is a sign that, for the time being, Pyongyang remains serious about making a deal with the U.S.,” he wrote in a report for NK News, a website that monitors North Korea.