The Trump administration asked Congress earlier this year for funds to reimburse Afghanistan's Taliban for expenses the insurgent group incurs attending peace talks, according to a spokesman for the chairman of the House Appropriations Subcommittee on Defense 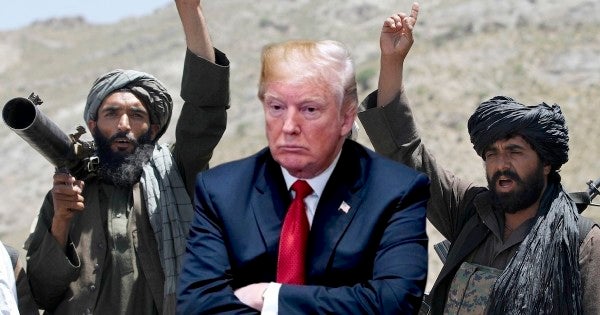 WASHINGTON — The Trump administration asked Congress earlier this year for funds to reimburse Afghanistan's Taliban for expenses the insurgent group incurs attending peace talks, according to a spokesman for the chairman of the House Appropriations Subcommittee on Defense.

The money would cover the Taliban's costs for expenses such as transportation, lodging, food and supplies, said Kevin Spicer, spokesman for Indiana Democrat Peter J. Visclosky, in a statement to CQ Roll Call.

“The Defense Department requested fiscal 2020 funding to support certain reconciliation activities, including logistic support for members of the Taliban and, in March 2019, they sent a notification letter to the committee on using fiscal year 2019 funds for similar activities,” Spicer said.

The Pentagon's request to funnel U.S. funds to the Taliban “would implicate provisions of law concerning material support to terrorists, the Taliban's ongoing offensive operations against U.S. service members, and their continuing lack of acknowledgement of the government of Afghanistan or the rights of women in Afghan society,” Spicer said.

Consequently, Visclosky's panel on Wednesday approved a $690.2 billion defense spending bill for fiscal 2020 that bars any funds for reimbursing the Taliban.

Under the request, however, the U.S. government would funnel funds to a violent group that once harbored Osama bin Laden — a fighting force U.S. troops have been combating for more than 18 years.

The Taliban is a well-funded organization, too. And much of its money has been earned from a drug trade that is killing record numbers of Americans. The group may net at least $800 million a year from opium trafficking and related activities.

Afghanistan's opium trade has, in turn, contributed to a surge in opioid-related deaths in the United States that hit nearly 48,000 in 2017, according to federal statistics.

Steve Ellis, executive vice president of Taxpayers for Common Sense, said the request for reimbursing the Taliban is like “life imitating The Onion.”

“Even if you leave aside that they are still conducting operations against our interests and allies, having to pay for someone to be at the table undercuts our bargaining position and demonstrates their lack of enthusiasm for a deal,” Ellis told CQ Roll Call. “I'm sure the Taliban would like whatever cash we're willing to give them, but it's not like they aren't able to continue funding their fighting. How about using some of that cash instead of American taxpayer dollars?”

Visclosky's bill not only zeroes out the request for funds to reimburse the Taliban but also includes a provision barring reimbursements for the Taliban unless certain conditions are met.

Aides declined to disclose the amount of money at issue in the fiscal 2020 request or the fiscal 2019 expenditure until the committee report accompanying the legislation is made public next week.

The Taliban is a political movement and a military organization that ran about three-quarters of Afghanistan from 1996 to 2001, when U.S. military forces ousted the regime. The group was recently reported to control nearly half the country's districts.

The Taliban is not on the State Department's list of terrorist organizations, even though the group deliberately targets civilians in some attacks. The group's omission from the list is widely seen as driven by the U.S. government's need to engage diplomatically with the Taliban.

Since last October, U.S. government delegations have engaged in six rounds of peace talks in Qatar with Taliban representatives. The Taliban has insisted that Afghan government officials be excluded from the talks, and the U.S. delegation has consented to that.

In addition, three separate meetings reportedly were held in Moscow since 2017 between Taliban interlocutors and senior Afghan politicians.

Afghanistan's opium trade in 2017 was estimated to be valued at between $4.1 billion and $6.6 billion, according to the U.N. Office on Drugs and Crime. The Taliban is believed to be netting about 20% of that, the U.S. military command in Afghanistan has reported. If those figures are accurate, the Taliban earns more than $800 million a year on drugs, and U.S. officials have said this drug money funds most of the Taliban's activities.

A spokesman for the Pentagon comptroller referred a reporter to U.S. Central Command, which had not replied to repeated requests for comment by press time.

SEE ALSO: The US And Afghanistan Are Publicly Beefing Over Peace Talks With The Taliban

WATCH NEXT: Jeff Stars A Twitter Beef With The Taliban