Trump Says He Was Onto Osama Bin Laden Before 9/11, Blames Past Presidents For Not Killing Him

Editor's Note: This article originally appeared on Business Insider. President Donald Trump claimed on Monday to have “pointed out” Osama... 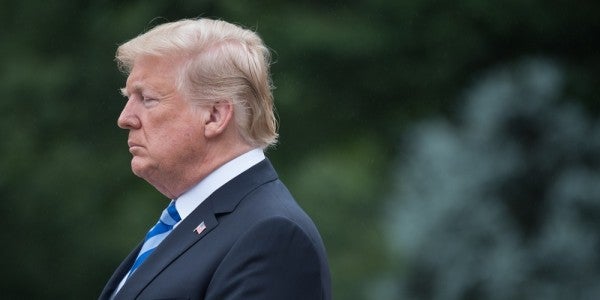 President Donald Trump claimed on Monday to have “pointed out” Osama Bin Laden in a book of his, published in 2000, and then blamed former President Bill Clinton for not killing him before the September 11, 2001 terror attacks.

“Of course we should have captured Osama Bin Laden long before we did. I pointed him out in my book just BEFORE the attack on the World Trade Center. President Clinton famously missed his shot. We paid Pakistan Billions of Dollars & they never told us he was living there. Fools!” Trump tweeted on Monday.

Trump's comments are the latest in a long line as he repeatedly touted his mention of Bin Laden in “The America We Deserve,” a book he put out shortly before the attacks.

Trump's book did name Bin Laden in a chapter on the US foreign policy he envisions, but did not explicitly call for the US to strike him or provide any specific predictions. Instead, he used it as an example of what he calls “haphazard” foreign policy.

Throughout his 2016 campaign, Trump claimed to have predicted the attacks.

Clinton, while in office, did attempt to take out Bin Laden, but with no success.

In an interview with Fox News, Trump called McRaven “a Hillary Clinton backer and an Obama backer.” McRaven did not endorse Clinton or former President Barack Obama. McRaven has vocally opposed Trump for his clashes with the US intelligence community.

In the same Fox interview, Trump accused Pakistan of not doing “a damn thing for us.” Trump has cut around $800 million in military assistance to Pakistan, one of the world's poorest nuclear nations.

Pakistan has widely been seen as harboring terrorists and being friendly to Islamist forces that sometimes clash with the US in Afghanistan.

SEE ALSO: Trump Says He ‘Should Have’ Gone To Arlington On Veterans Day But He Was ‘Extremely Busy On Calls For The Country’