At the White House on Wednesday, President Donald Trump expressed intense dismay about ongoing oversight provided by the Special Inspector... 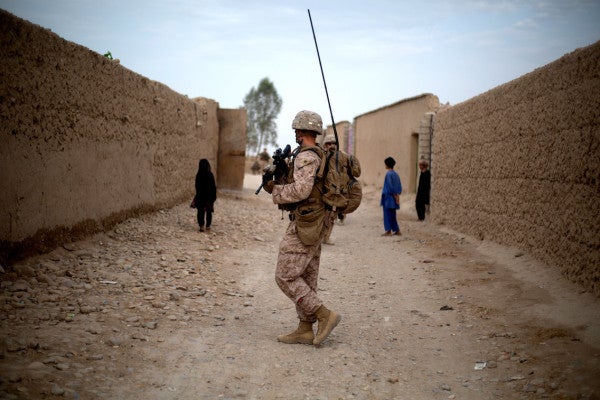 “One of the things I've told the secretary and other people, we do these reports on our military, some goes over there — who mostly appointed by President Obama, but we'll have ours too — and he goes over there, and they do a report telling every single thing that's happening, and they release it to the public. What kind of stuff is this?” Trump said.

“We're fighting wars, and they're doing reports and releasing it to the public. Now the public means the enemy. The enemy reads those reports. They study every line of it,” Trump added. “Those reports should be private reports. Let them do a report, but they should be private reports and be locked up, and if a member of Congress wants to see it he can go in and read.”

“For these reports to , to essentially, forget about , given out to the enemy is insane,” Trump said. “And I don't want it to happen anymore, Mr. Secretary. You understand that?”

Trump stressed Wednesday that withdrawals would come “over a period of time.”

“I never said I'm getting out tomorrow. I said we're pulling our soldiers out, and they will be pulled back in Syria,” he said. “We're getting out of Syria, yeah, absolutely, but we're getting out very powerfully.”

SIGAR was created by Congress in 2008 to “conduct robust, independent, and objective oversight of the U.S. reconstruction investment in Afghanistan.”

Its findings include $86 million spent over seven years to develop a counternarcotics plane that “missed every delivery deadline and remained inoperable,” $3 million spent on a cancelled request for boats to patrol rivers in the landlocked country, $6.5 million spent on six communications towers that were never used, and that an “unacceptably high” number of Afghan soldiers and police brought to the U.S. for training go absent without leave.

SIGAR probes also found that the U.S. Army refused to bar individuals and groups with alleged ties to terrorist groups from getting US contracts and that USAID and the State and Defense departments had “not adequately assessed their efforts to support education in Afghanistan” despite spending $760 million on them between 2002 and 2014.