President Donald Trump's comment Wednesday that U.S. troops suffering concussion-like symptoms had "not very serious" injuries clashed with a yearslong, hard-fought U.S. military campaign to spread the message that a brain injury is not something to be minimized 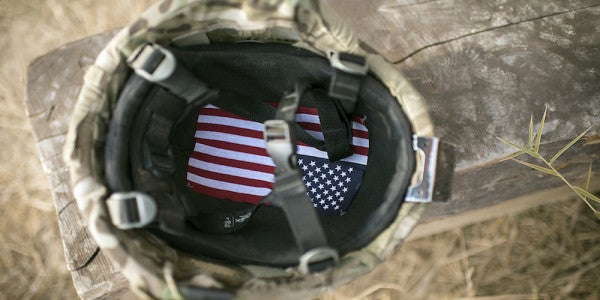 WASHINGTON — President Donald Trump's comment Wednesday that U.S. troops suffering concussion-like symptoms had “not very serious” injuries clashed with a yearslong, hard-fought U.S. military campaign to spread the message that a brain injury is not something to be minimized.

Trump was referring to at least 11 cases of troops in Iraq reporting symptoms that officials said may or may not turn out to be so-called traumatic brain injuries, or TBIs.

Even if the final diagnoses are not all yet known, merely saying that such injuries are not serious conflicts with a growing body of medical evidence. Moreover, some say Trump also upended Pentagon efforts to get U.S. troops to tend to the invisible wounds of war, which have historically been considered less grave than outward bodily damage.

Congress is keenly aware of the significance of brain injuries. The fiscal 2020 defense appropriations law added $165 million to the Pentagon's budget for research into TBI and psychological health — the latest of what has been a regular addition of some $100 million or so to the budget in recent years.

Rep. Bill Pascrell Jr., who is the co-chairman and founder of the Congressional Brain Injury Task Force, intends to send the Defense Department a letter Thursday expressing concerns about the effect of Trump's remarks.

“The comments of this erratic Commander-in-Chief are concerning and show a clear lack of understanding of the devastating impacts of brain injury,” the New Jersey Democrat told CQ-Roll Call in a statement. “Working with the Congress over the past two decades, the Department of Defense has been right to change its policies and make the investments needed to treat concussions and traumatic brain injuries with the gravity they warrant. Trump's foolish comments denigrate our men and women in uniform and all Americans negatively affected by traumatic brain injury.”

After the Trump administration initially said no troops were injured when Iran launched missiles at U.S. bases in Iraq on Jan. 8, Defense Department officials acknowledged Tuesday that at least 11 military personnel were taken out of Iraq after complaining of concussionlike symptoms.

“I heard that they had headaches and a couple of other things,” the president said Wednesday during a news conference in Davos, Switzerland. “But I would say, and I can report, it is not very serious, not very serious.”

Trump then noted how Iranian roadside bombs have cost many U.S. military personnel their limbs, in a seeming attempt to contrast those people — who were “horribly, horribly injured,” he said — with less worrisome psychic damage.

Grynkewich said he didn't know the exact number of injured but described it as in the “teens.” He said it was too early to describe the injuries as TBIs or concussions.

“We have suspicions that there could be a diagnosis of TBI in the future, that there might have been a concussion, but TBI is a very specific medical diagnosis that I don't want to prejudge, and I'll let the medical experts do that,” he said.

Medical authorities have increasingly warned that even seemingly mild brain injuries, especially repeat ones, can have debilitating long-term effects.

“Over the past 30 years, research has linked moderate and severe traumatic brain injury to a greater risk of developing Alzheimer's disease or another dementia years after the original head injury,” says the website of the Alzheimer's Association, a health care organization.

Roadside bombs and similar blasts in battlefields in Iraq, Afghanistan and elsewhere, on top of accidents in training, have caused thousands of cases of traumatic brain injuries, or TBIs, among U.S. military personnel.

All told, more than 413,000 service members have been hit with brain injuries from a variety of causes since 2000, according to the Pentagon's Defense and Veterans Brain Injury Center — the existence of which is itself a sign of how seriously the military treats the issue. Nearly 19,000 U.S. military personnel suffered TBIs in 2018 alone, the most recent complete year for which figures are available.

Most concussions among military personnel were considered mild, and most happened outside the battlefield or training areas, Pentagon experts say.

Retired Army Gen. Pete Chiarelli, a former commander in Iraq, said in a 2013 interview that he was stunned to learn that TBI or post-traumatic stress accounted for 36% of the injuries in that conflict.

During the nearly two decades of war since the 9/11 attacks, U.S. military officers have sought to overcome an age-old belief among military personnel that injuries to the psyche and cerebrum are not as serious as bloody wounds in other parts of the body.

Such perceptions have often blocked many people who needed help from asking for it.

“Sustaining a concussion or any brain injury can lead to changes in cognitive abilities and control of emotions, mobility, speech and senses,” the Defense and Veterans Brain Injury Center says. “Left undiagnosed and untreated, a TBI can have a huge impact on how a person thinks and acts, and on his or her mental health. … Symptoms after a concussion can affect performance and place the service member or their unit in danger.”

The military has launched social media campaigns such as #TBIdidyouknow and has shone a spotlight on Brain Injury Awareness Month in March.

“Our pursuit of superior lethality must be matched by a commitment to understanding, preventing, diagnosing, and treating TBI in all its forms,” then-Defense Secretary Patrick Shanahan said in an Oct. 1, 2018, memo to the force. “Only by amplifying our communications about, and promoting awareness of, warfighter brain health and surveillance initiatives can the department eliminate, once and for all, the stigma that remains attached to help-seeking behaviors.”