U.S. President Donald Trump on Monday threatened to "totally destroy and obliterate" Turkey's economy if it took any action he considered "off-limits" following his decision to withdraw American forces from northeastern Syria. 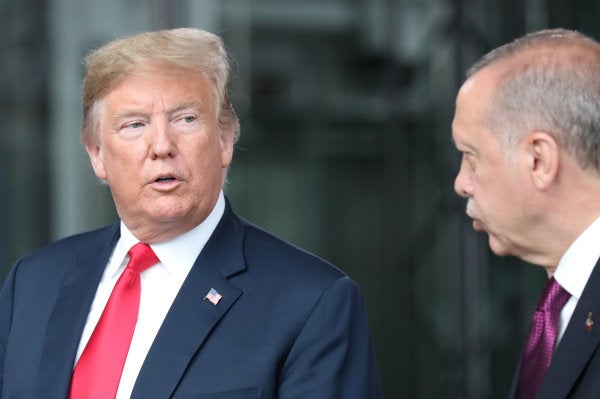 The withdrawal, announced by the White House late on Sunday, was swiftly condemned by a bipartisan group of lawmakers over concerns that it could open the way for a Turkish strike on Kurdish-led forces long allied with Washington.

“As I have stated strongly before, and just to reiterate, if Turkey does anything that I, in my great and unmatched wisdom, consider to be off limits, I will totally destroy and obliterate the Economy of Turkey (I've done before!)” Trump tweeted.

The United States began pulling troops back from the northeast Syrian border on Monday.

The major policy shift was denounced as a “stab in the back” by Kurdish-led forces who have been Washington's most capable partners in fighting Islamic State in Syria.

The Kurdish forces, known as the Syrian Democratic Forces (SDF), accused Washington of reneging on an ally, warning it would have a “great negative” impact on the war against the militants.

(Reporting by Can Sezer; Additional reporting by Orhan Coskun, Tuvan Gumrukcu and Ece Toksabay in Ankara and Tom Perry in Beirut, Makini Brice and Phil Stewart in Washington; Writing by Alistair Bell; Editing by Howard Goller)