Whistleblower drama brings on torrent of Twitter insults from Trump 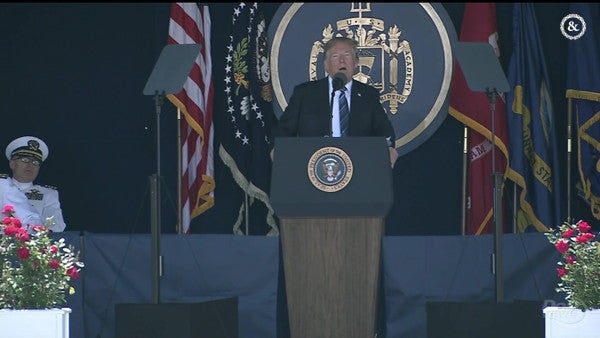 As President Donald Trump faces an unprecedented impeachment inquiry, he's taken to his comfort zone, using Twitter to attack Congress, the media, and the anonymous intelligence whistleblower who filed a complaint against him.

In the 24 hours since the explosive whistleblower complaint was released, Trump has used social media to aggressively defend himself.

The whistleblower said in the complaint, released to the public on Thursday morning, that US officials had told them that Trump was “using the power of his office to solicit interference from a foreign country in the 2020 U.S. election.”

Read more: Trump is facing the biggest firestorm of his presidency because his own White House staffers blew the whistle on him

A memo summarizing the call released by the White House on Wednesday said that after telling Zelensky that “we do a lot” for Ukraine, Trump asked him for “a favor” by investigating both Hunter Biden's business dealings and CrowdStrike, the cybersecurity firm once hired by the Democratic National Committee.

Instead of holding press briefings, Trump's press secretary, Stephanie Grisham — who hasn't held a single briefing since she took over the role in July — has defended Trump on Twitter.

Here's just a sampling of some of Trump's most combative tweets. In the first one, he appeared to confuse a hyphen with an apostrophe in accusing CNN of misquoting his favored insult for Rep. Adam Schiff, the House Intelligence Committee chairman.

To show you how dishonest the LameStream Media is, I used the word Liddle’, not Liddle, in discribing Corrupt Congressman Liddle’ Adam Schiff. Low ratings @CNN purposely took the hyphen out and said I spelled the word little wrong. A small but never ending situation with CNN!

Obama loving (wrote Obama book) Peter Baker of the Failing New York Times, married to an even bigger Trump Hater than himself, should not even be allowed to write about me. Every story is a made up disaster with sources and leakers that don’t even exist. I had a simple and very..

Rep. Adam Schiff totally made up my conversation with Ukraine President and read it to Congress and Millions. He must resign and be investigated. He has been doing this for two years. He is a sick man!

Sounding more and more like the so-called Whistleblower isn’t a Whistleblower at all. In addition, all second hand information that proved to be so inaccurate that there may not have even been somebody else, a leaker or spy, feeding it to him or her? A partisan operative?

If that perfect phone call with the President of Ukraine Isn’t considered appropriate, then no future President can EVER again speak to another foreign leader!

Trump and his surrogates have said the president did nothing wrong, arguing that the complaint is based on secondhand information and seeking to discredit the whistleblower.

While the whistleblower acknowledged that much of the complaint was based on conversations with White House officials and not firsthand information, the White House's memo confirmed its substance: that Trump pressured a foreign government to pursue investigations that would benefit him politically.

Furthermore, the intelligence community's inspector general, Michael Atkinson, whom Trump appointed, agreed that the complaint was “credible” and rose to the level of “urgent concern.”

And in testimony before the House Intelligence Committee on Thursday, the acting director of national intelligence, Joseph Maguire — another Trump nominee — said under oath that he believed the whistleblower was acting in “good faith” and that the substance of the complaint was “in alignment” with the White House's recounting of the call.