Trump’s Military Expansion Could Be Big Boost For Hampton Roads

President-elect Donald Trump’s ambitious proposal to expand the Navy and other branches of the military would be a massive boost... 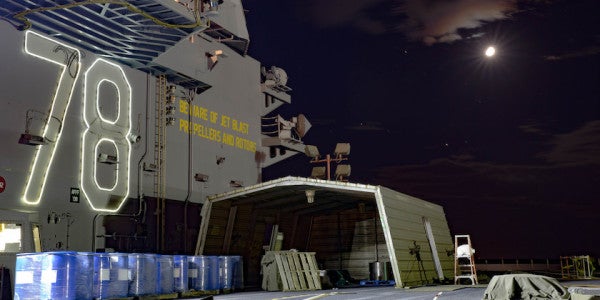 President-elect Donald Trump’s ambitious proposal to expand the Navy and other branches of the military would be a massive boost to Hampton Roads should it come to pass.

More ships, more cybersecurity work, more fighter jets, more sailors and more Marines all could invigorate the region’s Pentagon-dependent economy. But there’s a snag, say experts and the region’s federal lawmakers: How does the government pay for it all?

Members of the region’s newly elected House of Representatives delegation said last week they aren’t ready to embrace his proposal to spend hundreds of billions on defense, with some skeptical he can do it while also delivering on his plan to cut taxes. Borrowing more to further increase the country’s rising $19.8 trillion national debt isn’t popular with many in Congress.

The president-elect has proposed a military buildup that would include enlarging the Navy’s fleet to 350 ships from today’s 270-plus. He wants to grow the Marine Corps to 36 battalions from today’s 24 and increase the Army’s troop strength to 540,000, an increase of about 65,000. He would add at least 1,200 fighter aircraft to the Air Force, increase the number of missiles and upgrade cybersecurity.

Trump also promised to end the automatic budget cuts known as sequestration that were set in motion three years ago after Congress failed to settle on a plan to reduce deficit spending. Roughly half of $1 trillion in cuts over 10 years are aimed at military spending. Congress and President Barack Obama have found ways to use adjustments to dodge or reduce cuts for a few years, but haven’t agreed on how to stop them.

Trump pointed out in an Oct. 22 speech in Virginia Beach that the region – which derives more than one-third of its income from national defense – would benefit from the extra spending.

“Little Creek and Naval Station Oceana are going to get a lot busier when I’m president,” he told supporters at Regent University. “Norfolk Naval Shipyard is, too. Watch … you’re going to be right at the center of the action with the building of new ships.”

Trump has said he could pay for the expansion by cutting “duplicative bureaucracy” in the Pentagon, ending “unwanted” federal programs and “collecting unpaid taxes.”

However, an analysis of his plans by the nonpartisan Committee for a Responsible Federal Budget reported those revenue sources would cover less than two-thirds of the cost of stopping the $450 billion in sequestration-related cuts.

Craig Quigley, executive director of the Hampton Roads Military and Federal Facilities Alliance, said its good to have a president who favors increasing defense spending rather than making cuts, but that doesn’t mean it’ll happen.

“I’m optimistic but also realistic, so I guess I’d say I’m cautiously optimistic,” said Quigley, a retired rear admiral. “You still have to have the support of both houses of Congress” where there are many deficit hawks who oppose significantly higher defense spending.

Rep. Bobby Scott, a Newport News Democrat who like all of the region’s legislators favors bolstering the region’s military operations, said it’s a “quagmire” to talk of spending more on the Pentagon and cutting taxes.

“You can’t spend money you didn’t have without going deeper into debt,” said Scott, who argues some taxes have to rise to pay for a larger Navy and other programs.

State Sen. Donald McEachin, an Henrico County Democrat, was elected last week to replace Rep. Randy Forbes as congressman for the 4th District. McEachin said he’ll need to study Trump’s plans before he can pass judgment, but favors military upgrades including increasing the size of the Navy’s fleet.

“They deserve the very best equipment and resources,” he said.

State Del. Scott Taylor, a former Navy SEAL who was elected to the 2nd District seat being vacated by Rep. Scott Rigell, said he hasn’t closely examined Trump’s military proposals. “I have to really sift through it and look at it,” said Taylor, who wants a larger Navy but not necessarily 350 ships.

Taylor said the first task is to undo sequestration, which is harming the Pentagon’s ability to maintain force readiness and its equipment, including the Navy’s ships. The incoming congressman said House Speaker Paul Ryan told him recently that finding the money is the problem.

“I don’t know – when he’s talking about a tax plan that conservatively adds another $20 trillion to the debt – how any of his numbers add up,” Warner said.

The Virginia Democrat reiterated his view that Hampton Roads can best grow its economy by harnessing the foothold its federal installations and defense contractors have in the fast-growing fields of cybersecurity, unmanned aerial vehicles or drones, and space technology. The region is well-positioned to diversify away from the Pentagon to make considerable money selling to non-military customers, he said.

Taylor agrees. The freshman congressman-to-be said there are opportunities for more shipbuilding in the region but he’s particularly “bullish” on cyber, drones and space.

A big question mark for Hampton Roads is a loss of clout in the House of Representatives with the elections of newcomers Taylor and McEachin. They’ll replace Rigell, who served three terms and was a member of the influential Appropriations Committee, and Forbes, who was first elected in 2001 and is a senior member of the Armed Services Committee.

Scott, first elected in 1992, has supported defense programs but has focused more on civil liberties, criminal justice and education.

But Forbes, a Chesapeake Republican, may be in line for an influential role in the Trump administration. News reports by Politico and the U.S. Naval Institute quote unnamed sources on the Trump transition team as saying Forbes is being considered for secretary of the Navy.

If that happens, Quigley said, it would be a boost for the region. “He really knows the subject,” he said. “He knows how Congress works.”

Any specific Pentagon spending plans wouldn’t be presented by Trump to Congress until after he takes office in January and the new Congress is sworn in. The current Congress comes back to Washington this week after a lengthy recess to face a Dec. 9 deadline to pass a spending bill before the government runs out of money.

It could approve a budget that funds the government until the fiscal year ends Sept. 30, or it could approve another temporary spending plan to cover a few months into 2017. The latter option would mean the new Congress would then negotiate with the new president rather than Obama.