Editor’s Note: This article by Oriana Pawlykoriginally appeared on Military.com, the premier source of information for the military and veteran... 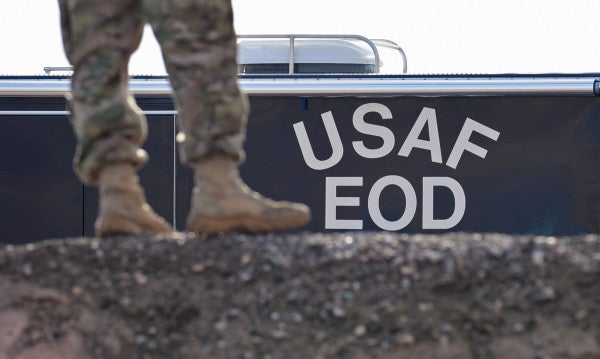 Editor’s Note: This article by Oriana Pawlykoriginally appeared on Military.com, the premier source of information for the military and veteran community.

The U.S. Air Force's elite bomb squad will be helping to secure President-elect Donald Trump's compound in Florida in the months ahead.

The Explosive Ordnance Disposal Flight of the 96th Civil Engineer Group at the base — the largest and the busiest of all the service's EOD units — “have a couple missions already scheduled to go and support him for some … holidays before he takes the oath,” said Chief Master Sgt. Christopher Schott, the group's superintendent.

“Being here in Florida, the President-elect also has a summer home here in Florida, so we will also be supporting that,” Schott told Military.com on Thursday. He didn't say how many teams of airmen would head to Trump's Mar-a-Lago home, located in Palm Beach.

It isn't the highest-profile stateside mission the unit will take up, Schott said. That designation “easily” belongs to Pope Francis's visit in 2015, he said.

But Trump's inauguration will be the “biggest event” in 2017, requiring roughly 170 to 200 EOD teams from all the services, Schott said. The 96th will contribute around four to six teams, he said.

The Air Force has 52 such units throughout the world.

To become an explosive ordnance disposal technician in the service, airmen must complete the “third-toughest curriculum as far as courses go in the Defense Department,” Schott said. About one-third of the airmen who go into the program and through the eight-month long tech school fail out, he said.

The EOD flight at Eglin Air Force Base had 480 missions in the last fiscal year, which included testing runs on base to protect President Barack Obama.

“We did 50 VIP protected missions,” this year, Schott said. “Because it's an election year, we stay pretty busy on the trail with the campaign with the candidates, the conventions.”

The Air Force's explosive ordnance disposal technician field currently has around 1,200 airmen, Schott said. To work in theaters, especially the Middle East, and to do missions stateside, the Air Force is working to boost the EOD tech field to 1,400, he said.

Since 2001, more than 20 Air Force EOD techs from the 96th have been killed during the wars in Iraq and Afghanistan, according to Senior Airman Scott Francisco, 96th Explosive Ordnance Disposal Flight journeyman.

Another 140 technicians were seriously injured or very seriously injured, meaning one to multiple lost limbs or loss or impaired eyesight, Schott added. And those with invisible wounds, such as post-traumatic stress disorder (PTSD) and traumatic brain injury (TBI), for airmen in EOD has increased to around 300 airmen.

Carter: 'We Have to Be Concerned About' Pilot Shortage

General: As Pacific Grows More Unstable, the Fight is Coming