For the second time, one of President Donald Trump’s appointees to head one of the nation’s armed services has withdrawn,... 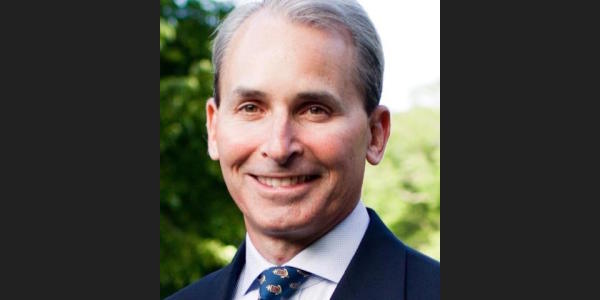 For the second time, one of President Donald Trump’s appointees to head one of the nation’s armed services has withdrawn, citing difficulty in meeting ethics requirements.

Philip Bilden, a former private equity investment manager who operated in Asia, had been nominated to be secretary of the Navy. He withdrew his nomination Sunday, three weeks after Vincent Viola, a New York billionaire and owner of the Florida Panthers hockey team, withdrew his nomination to be secretary of the Army, also citing difficulty disengaging from his businesses.

“This was a personal decision driven by privacy concerns and significant challenges he faced in separating himself from his business interests,” Defense Secretary Jim Mattis said in a statement on Sunday evening. “While I am disappointed, I understand and respect his decision.”

A former military intelligence officer in the U.S. Army Reserve, Bilden has spent the last 25 years with private equity firm HarbourVest Partners’ Asian subsidiary in Hong Kong. His nomination garnered criticism given his lack of direct experience with Navy issues, although he served on the Naval Academy board and has donated to the U.S. Naval Institute.

“I have determined that I will not be able to satisfy the Office of Government Ethics requirements without undue disruption and materially adverse divestment of my family’s private financial interests,” Bilden said in a statement.

Mattis spoke with Bilden last week following reports that he was considering withdrawing his name, and the Pentagon released a statement saying that the nominee remained “fully committed to serving as secretary of the Navy.” White House Press Secretary Sean Spicer also shot down reports that Bilden was likely to withdraw.

“Those people would be wrong. Just spoke with him and he is 100 percent committed to being the next SECNAV pending Senate confirm,” Spicer tweeted last week.

Trump’s Navy secretary will be charged with following through on the president’s campaign promise to expand and modernize an aging fleet, including surface ships and submarines. Trump has vowed the largest naval buildup since the Cold War, from the current fleet of 274 ships to 350 ships.

Mattis said he would be making a recommendation to the president on who to nominate for the post in the coming days. Trump also considered former Republican Virginia Rep. Randy Forbes, who advised his campaign and served as chairman of the House Armed Services subcommittee on seapower, for the post. Forbes is a strong proponent of Trump’s Navy buildup.

With Viola and Bilden withdrawing their names, the Pentagon is left with only one service secretary nominee. Trump’s pick for Air Force secretary, former New Mexico Rep. Heather Wilson, has yet to be scheduled for a Senate confirmation hearing.