Maytham Alshadood came to the U.S. and Colorado in 2008 after years of serving as a combat interpreter for American... 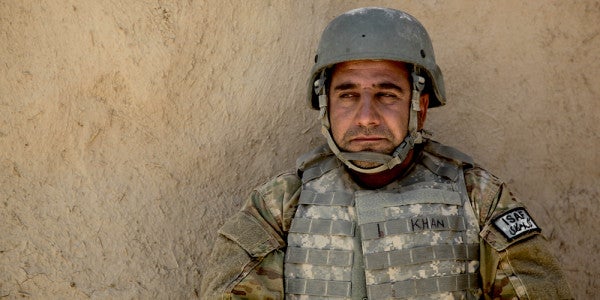 Maytham Alshadood came to the U.S. and Colorado in 2008 after years of serving as a combat interpreter for American troops in Iraq, but he quickly discovered a major hurdle to settling into his new home.

He learned he would have to wait two years before qualifying for in-state tuition to one of Colorado’s higher education institutions, meaning thousands of extra dollars in costs to get an education and the credentials he needed to begin working toward his American dream.

“Imagine a young man, 23 years old who moved from Iraq to here with a backpack on his back — that’s it,” Alshadood said Wednesday. “Imagine what a financial burden that would be. It’s a very prohibitive cost to go to school and pay out-of-state tuition.”

A new law aims to help refugees and immigrants like Alshadood who aided the U.S. military in Iraq and Afghanistan hit the ground running when they come to Colorado by giving them access to in-state tuition costs as soon as they arrive. Gov. John Hickenlooper celebrated the new legislation at a jam-packed ceremonial signing of Senate Bill 87 on Wednesday at the Community College of Aurora.

“This bill, it doesn’t solve all the problems, but it’s going to make their lives a lot easier — give them a better chance of succeeding and a better chance of creating their own version of the American dream,” Hickenlooper said.

The bill’s sponsors estimate the new law, which goes into effect in August, will affect about 300 students in its first year. They predict that number will rise as the policy serves as a draw for other refugees and so-called “special visa immigrants” like Alshadood.

Rep. Dafna Michaelson Jenet, a Commerce City Democrat and co-prime sponsor of Senate Bill 87, recalled a town hall she held with Rohingya refugees whose main concern was getting an education.

The bill helps refugees settle into their communities during their first year — a “particularly critical period,” said Jennifer Wilson, executive director of the International Rescue Committee. She said about 1,200 refugees settle in Colorado each year.

“This allows them to more quickly thrive as individuals but it also benefits entire families and communities,” Wilson said. “I think on many levels, it opens up opportunities for people to do more to recover their identities, to contribute to their communities and to benefit our economy.”

Legislative fiscal analysts estimated that the bill will have a limited impact on the state budget.

Alshadood, a Baghdad native, has since graduated with honors from the University of Colorado and now works as a transplant medicine nurse.

“That’s two years I was sinking deeper in debt where I could have been a fully contributing member of the society,” he said.

Related: The Iraqi Interpreter Who Became A Marine »

Hickenlooper has a long list of bills left to either sign, send along to the Colorado Secretary of State’s Office without a signature or veto before a June 8 deadline.

“This is the largest number of bills when we’re looking at potentially ‘should we veto should we not?’ ever since I’ve been governor,” he said. “Almost double what we normally see.”

Two of the most high-profile bills on that list have to do with keeping child autopsy reports from being publicly released and allowing adults at recreational marijuana shops to consume small amounts of pot through edibles or by vaping.

Hickenlooper said “we have not made a decision” on those two measures.