Tuskegee airman who fought in Pacific passes away at 91

"I was a crew chief and gunner. Whatever they needed," Hilton Carter said once in an interview. 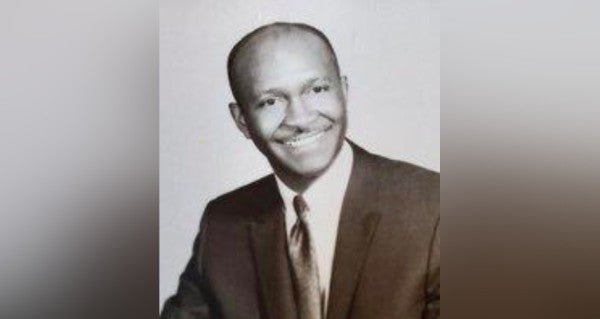 As a teenager, Hilton Carter flew on missions in the Pacific Theater during World War II and later became one of the original members of the Tuskegee Airmen.

Carter, who settled in Columbus after the war, died on May 6. He was 91.

A native of New Orleans who was born on June 30, 1928, Carter enlisted in the Army and was in the Air Corps, the precursor of the Air Force. He was among this nation's first black airmen.

In a videotaped interview, Carter spoke of how he was based in Guam and was a crew member on missions over Okinawa, Tinian and Japan.

“I was a crew chief and gunner. Whatever they needed,” Carter said.

He was 17 at the start of 1945 during that pivotal last year of battles in the Pacific that eventually led to Japan's surrender.

After the war, Carter became a member of the newly formed U.S. Air Force and rose to the level of staff sergeant

Columbus became Carter's home in 1948 when he received a transfer to the then Lockbourne Air Force Base, now known as Rickenbacker International Airport. Lockbourne was the home base for the Tuskegee Airmen.

Carter was a crew chief under the legendary Maj.Daniel “Chappie” James Jr., who would go on to become the first black American to be a four-star general in the U.S. Air Force.

“He was a wonderful man to work for,” Carter recalled of his time working under James.

Carter said one of his more harrowing experiences was when an engine on a Fairchild C-119 “Flying Boxcar” personnel and cargo aircraft caught fire while they were flying over Wilmington, Clinton County, Ohio.

“It was too low to bail so we had to crash land it,” Carter said. “I came out of that OK and I thank God for that.”

After leaving the Air Force, Carter worked for the Franklin County Board of Elections and retired as the deputy director. He was also a longtime member of St. Dominic Catholic Church and a former member of Christ the King Catholic Church.

He is survived by his wife of more than 60 years, Odessa; a daughter, Paula (Dylan) Barrett; a daughter-in law, Beverly Carter; four grandchildren and three great-grandchildren. He was preceded in death by his son, Richard Carter, and a brother, Daniel.

A private visitation and funeral service will be held on May 13, with full military honors. Burial will be at St. Joseph Catholic Cemetery. Arrangements are being handled by Marlan J. Gary Funeral Home, Chapel of Peace East.