A second 82nd Airborne Division soldier has been accused in a Peeping Tom incident that was filmed on Snapchat. John... 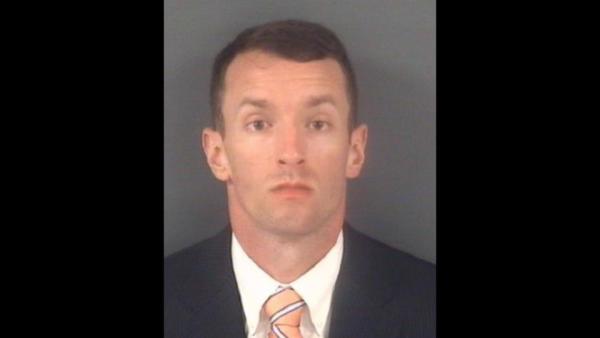 A second 82nd Airborne Division soldier has been accused in a Peeping Tom incident that was filmed on Snapchat.

John Nagy, 21, was charged by the Fayetteville Police Department with two counts of Peeping Tom and illegal possession of a Peeping Tom photographic image, an arrest warrant said. His bail was set at $5,000.

Nagy is accused of secretly filming a woman and man having sex at a house party at an apartment complex in Fayetteville on Jan. 21, arrest documents said. The woman told police she realized she was being filmed midway through the sexual encounter with the man she met on Tinder, an online dating app.

The arrest documents were unclear as to how the woman realized she was being filmed or how Nagy secretly filmed her.

Nagy then disseminated the video to others on Snapchat, a mobile app, the warrant said. The warrant did not say how many people received the video.

On Wednesday, Jeffrey Creech, 29, was arrested and charged by the Police Department with illegal possession of a Peeping Tom photographic image and misdemeanor obstruction of justice, an arrest warrant said. He was arrested Wednesday and his bail was set at $2,500. Bailey said Creech is also a soldier with the 82nd Airborne Division.

Arrest documents said Creech possessed a copy of the video on his phone and deleted it during the course of investigation.

The incident remains under investigation. Anyone with information regarding the investigation is asked to call Crimestoppers at 483-TIPS (8477).