The pilot killed when a U-2 Dragon Lady crashed near the Sutter Buttes on Tuesday has been identified as Lt.... 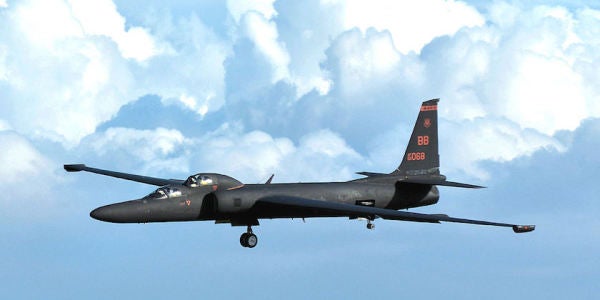 The pilot killed when a U-2 Dragon Lady crashed near the Sutter Buttes on Tuesday has been identified as Lt. Col. Ira Stephen Eadie of the 1st Reconnaissance Squadron.

Based on Eadie's rank and experience, it appears he was the instructor pilot in the two-seat TU-2S that crashed just after 9 a.m. — just 15 minutes after takeoff from Beale Air Force Base for a routine training mission.

Both Eadie and the other pilot ejected well before the plane slammed into a hillside just south of Pass Road in the Sutter Buttes, sparking a 250-acre wildfire. The other pilot, whose identity has not been released by the Air Force, suffered nonlife-threatening injuries and is in good condition at a local medical facility, according to the Air Force News Service.

A Florida television news crew, News4Jax, reported Eadie was a 20-year veteran stationed in California for six years. He grew up in Lake City, Fla., and flew P-3 patrol aircraft in the Navy before joining the Air Force. He leaves behind a wife and six children ranging in age from 6 to 25.

About 60 Beale personnel worked to secure the scene alongside the Sutter County Sheriff's Department and multiple fire departments after the crash to preserve the site for investigators. The initial response concluded at about6 p.m. Tuesday.

“Our airmen are trained to respond for such accidents, and I'm very pleased with how they did respond,” Barnes said. “Even more so, I'm very pleased and very happy with the local community support we received, and quite honestly, when they were on site responding to the fire and to the accident, you couldn't really distinguish between the military personnel and the civilians.”

Two large beige tents stood near the side of the road and a single vehicle track traced through the charred black soil up to the remains of the downed aircraft where colored flags dotted the debris field early Wednesday afternoon.

U-2 flights at Beale have ceased for the time being, but no further information about why and when U-2 flights will begin again was provided.

Chaplains and mental health specialists are available for base personnel during this somber time, Barnes said.

Prior to the crash, only five of the two-seat U-2 trainers existed, according to an official Air Force fact sheet.

Little of the aircraft remained after the impact and subsequent fire.

The U-2 was designed to be light-weight to reach the unprecedented altitude of 70,000 feet on the theory it would be too high to be detected by radar or shot down.

It first flew 61 years ago and became famous during the Cuban Missile Crisis and the Cold War when it proved an effective tool despite being detectable by radar and technology advances that put it within reach of hostile missiles.

“This is unique, because it's not often that you have an aircraft, especially a military aircraft, that goes down,” Pierce said.