Uh Oh, Watch Out For Price Changes In Some Commissaries Starting March 1 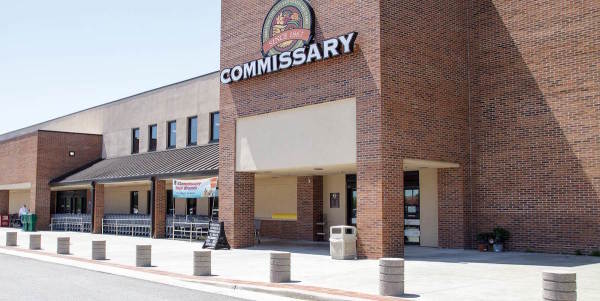 A pilot program that allows commissaries to raise or lower grocery prices could kick off as early as March 1, officials said Monday.

The pilot, known as “variable pricing,” is a key piece of a larger congressional mandate that the commissary system move from relying strictly on $1 billion in annual taxpayer funding to cover all of its operation costs to a model where it turns a profit and pays for some of its own overhead.

Currently, the stores sell goods at cost plus a 5-percent surcharge, which covers store construction and maintenance. The variable pricing system passed by Congress last year instead allows officials to raise and lower prices at will, so long as shoppers continue to see a specific savings of between 17.6 percent and 44.2 percent, depending on region, over off-base grocery stores.

The pilot program will test the variable pricing system at 10 commissaries nationwide, said Chris Burns, executive director for business transformation at the Defense Commissary Agency (DeCA), during a call with reporters Monday.

Prices of between 1,000 and 1,400 items in those 10 stores will be examined against prices off base and raised or lowered accordingly, Burns said.

The specific stores included in the upcoming pricing pilot were chosen based on geography and market size, Burns said, but the locations won't be released until officials have fully briefed lawmakers on the plan.

Congressional staff members with a House subcommittee that oversees personnel issues were set to meet with agency officials about the pilot program Monday, one staffer told Military.com.

Also slated for this spring is the second piece of the agency's efforts to turn a profit: the rollout of a private label, or “generic,” brand. About 400 private-label items will be put on shelves in early May under “Freedom's Choice” and “HomeBase” labels, officials announced last week.

Adding those items to shelves, however, means making space by eliminating some of the national brands currently stocked by the agency, Burns said. The choice of what brands to remove will be based on market research, he added.

The savings benchmark on which the prices of both generic and national brands will be based is determined by a new measurement designed to demonstrate an accurate picture of how much shoppers are saving at the commissary before the variable pricing rollout.

That system combines the program DeCA has long used to compare on- and off-base prices of more than 30,000 items nationwide with a new program where more than 1,000 frequently purchased items are manually compared with like items at two or three stores near each base, Burns said.

Unlike the previous savings study system, the new system takes into account lower-cost generic items carried at off-base stores that do not currently compare to any items carried at commissaries, where the private label has yet to be introduced, he said. It also takes into account the price of fresh meat system-wide. In the past, the price survey manually examined the cost of fresh meat at the commissary against those outside the gate at only 30 stores.

Price studies produced under the old system found that shoppers regularly saved an average of about 30 percent by shopping at the commissary, a statistic some commissary experts had long questioned.

The new system instead found an average savings of 23.7 percent worldwide, varying by region from a high of 44.2 percent at overseas stores to a low of 17.6 percent in the Mountain Region, DeCA announced early this month.