In a break from the partisan rancor over President Donald Trump’s nominees, senators came together to back his choice to... 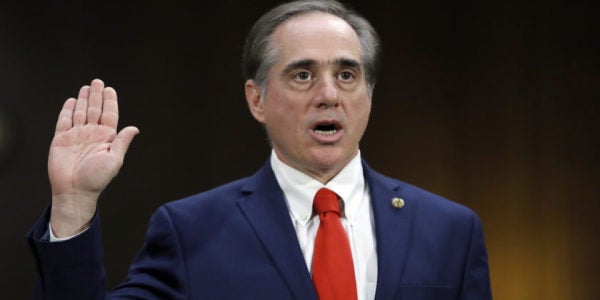 In a break from the partisan rancor over President Donald Trump’s nominees, senators came together to back his choice to helm the Department of Veterans Affairs, who so happened to be a senior-level holdover from the administration of President Barack Obama.

David Shulkin received overwhelming bipartisan support to head the VA, which has been plagued by health care scandals in recent years. Senators quickly backed Shulkin in a unanimous vote.

A rare holdover, Shulkin has been serving as under secretary of health at the department. He was appointed to that post by Obama.

The vote went as expected Monday evening. Under an agreement between Republicans and Democrats, Shulkin only needed 10 minutes of formal floor debate before being up for the roll call.

That’s a real contrast from many of Trump’s other nominees, for whom Democrats have asserted their rights to extend debate as much as possibly under the Senate’s rules.

Another swift confirmation is expected Tuesday, when senators are expected to back Linda McMahon to helm the Small Business Administration.

(Bridget Bowman contributed to this report.)