The UN is almost broke

The UN is nearly broke and facing its worst "cash flow crisis" in a decade, with officials saying they are $1.4 billion short on dues 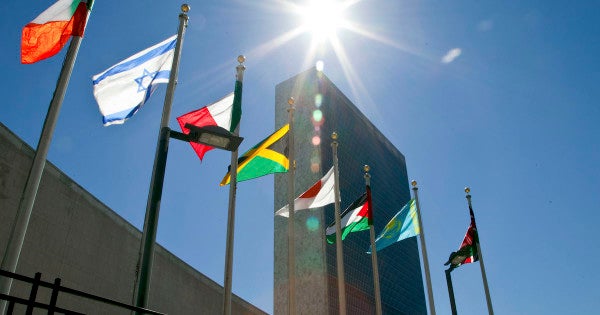 UNITED NATIONS — The UN is nearly broke and facing its worst “cash flow crisis” in a decade, with officials saying they are $1.4 billion short on dues.

So, the world body on Monday is launching major belt-tightening measures, including cutting back on interpretation services and meeting times, and curbing air travel to and from its bases worldwide. But the plans also include turning off escalators in its buildings, curbing heating and air conditioning and even shutting off the decorative fountain in the Secretariat Building's iconic main circle.

The culprit, Under-Secretary-General for Management Strategy, Policy and Compliance Catherine Pollard said Friday, is a deficit in dues owed by as many as 65 member states — with the United States owing $674 million for this year alone. That's as much as all the other countries' late dues combined.

“I want to emphasize that it's not a budget crisis,” Pollard said during a news conference in Manhattan. “It is a cash flow crisis. … Everywhere, we are looking to see how we can reduce non-salary-related costs as far as possible.”

In all, said United Nations Controller Chandramouli Ramanathan, outstanding dues, which are supposed to be paid annually by Jan. 31, now amount to $1.385 billion.

But seven countries, he said, are responsible for 97 percent of that 1.4 billion deficit — the United States, Brazil, Argentina, Mexico, Iran, Israel and Venezuela.

He said the organization was doing so badly that it was forced to fund regular budget operations with a pot of money left over from closed peacekeeping missions.

U.S. officials acknowledged being in arrears but said the UN's numbers were not quite right.

“The amount the United States owes is distorted because of the differences in U.S. and UN fiscal years and other factors,” said an official at the U.S. Mission to the UN in Manhattan. “To date this year, we have contributed over $600 million to UN peacekeeping operations, and will be providing the vast majority of what we owe to the regular budget this fall, as we have in past years. Overall the United States, as the largest contributor to the UN, contributes roughly $10 billion annually in assessed and voluntary contributions across the United Nations system.”

The United States, which has the world's largest economy, provides as much as 22% of the UN's operating budget. It also contributes to the UN's peacekeeping budget, a separate consideration.

A country's obligation for the operating budget is derived from the member state's standing in the world economy.

China is the second-largest dues-payer, providing 12% of the operating budget.

The United States is supposed to pay about 28% of the peacekeeping budget while China is obligated to pay just over 15% of it, according to UN documents.

“The United States has been very clear on its position that no one member state should pay more than one-quarter of the Organization's budget,” said the official, who declined to be named and would not elaborate. “This is something that we firmly believe, and the lack of agreement on a 25% ceiling will unfortunately cause the organization to continue to face a 3% shortfall in its peacekeeping budget, which will result in approximately $200 million in additional U.S. peacekeeping arrears for the current UN peacekeeping financial year.”

The operating budget woes come one year after President Donald Trump stopped payments altogether to the UN Relief and Works Agency, which helps Palestinian refugees in places such as Jordan, Lebanon and Syria, and those in Gaza and the West Bank.

The United States used to provide about $360 million of the agency's $1.2 billion budget but cut that down to zero in August 2018, citing an “irredeemably flawed operation.”