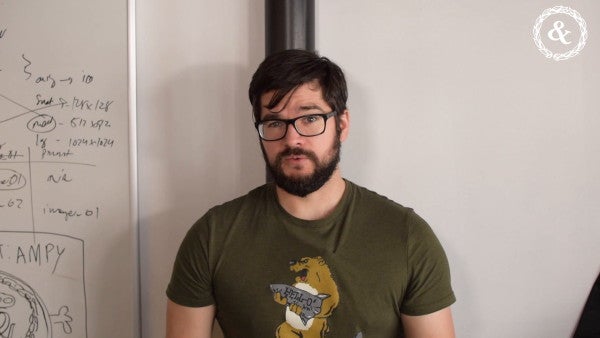 CONCORD — A former University of New Hampshire professor is suing several university administrators, along with the institution, for not renewing his contract allegedly due to his veteran status last year.

Nathan Webster, 51, of Stratham, filed a federal civil lawsuit Sept. 30 accusing UNH of violating the Uniformed Services Employment and Reemployment Rights Act and Age Discrimination in Employment Act after his contract as an English lecturer was not renewed at the conclusion of the 2018 academic year. Webster also alleges he was passed over for employment at several additional positions at UNH that he claims he was qualified for after his lecturer contract was not renewed.

Webster is seeking a jury trial, damages for lost wages and lost employment benefits, according to the complaint. He also is seeking damages for emotional distress and humiliation, and to be awarded attorney's fees.

“We dispute his claims and intend to vigorously defend against this baseless lawsuit,” Manz said.

According to the suit, Webster began working at UNH as an adjunct professor in the English department before being promoted to a lecturer of English during his employment between the fall of 2009 and spring of 2018.

Webster served in the U.S. Army from 1987 to 1992 as an Army journalist and was deployed to Iraq during Operation Desert Storm. He also served in the Army Reserve and N.H. National Guard from 1992 to 1999.

The English department is contained within UNH's College of Liberal Arts, and according to the lawsuit, Webster learned in November 2017 several COLA lecturers whose contracts were expiring in 2018 would not have them renewed, pending a review by COLA Dean Heidi Bostic.

In January 2018, Webster was informed his contract would not be renewed by Bostic, according to the suit. In appealing to her to renew his contract, Webster cited his “diversity and wealth of experience” being brought to his writing classes as a veteran.

The lawsuit states Bostic then asked Webster, “rhetorically to the effect of, 'do you (actually) think you are entitled (as a veteran) to a job?'”

Webster's attorney Megan Douglass, of Douglas, Leonard & Garvey P.C., said they added the parenthetical subtext to Bostic's comments, which she said were reasonable given the timing and her tone Webster recounted from their conversation.

“(Webster) is meeting with his dean and citing his various experiences he's endured as an Army journalist and why they are value-added factors in terms of him being an effective and unique writing instructor,” Douglass said. “Then, Dean Bostic interprets by (Webster) raising the past successes he's enjoyed from his work as a sense of entitlement. It's bizarre.”

The suit further alleges Bostic threatened the English department chair for using Webster's veteran status to advocate for maintaining his position. Upon learning this, Webster filed a union grievance asserting his veteran status influenced Bostic's decision not to retain him, according to the suit. It states, he also filed a complaint with the U.S. Department of Labor, which is still pending.

Additionally, Webster alleges he was denied a senior program assistant position at the UNH Writing Center in August 2018 after he was again asked about his veteran status. Webster claims he was asked during an interview how his military service would “fit” into the culture of the writing center.

“While trying to absolve … the (Writing) Center of liability stemming from a hiring decision based on a stereotype that veterans are not 'safe,' 'welcoming,' 'positive,' or 'collaborative,'” the lawsuit reads, “the (Equity) Office actually affirmed that the stereotype motivated the decision not to hire Mr. Webster, by conceding that Mr. Webster was not hired because he was viewed as being 'threatening' and not 'sympathetic' or 'empathetic.'”

Following Webster not being hired for the position, he again filed a complaint with the DOL and filed an additional complaint with the U.S. Equal Employment Opportunity Commission. Douglass said Webster's DOL complaints are pending and confirmed DOL investigators interviewed several English department employees.

Also contained in Webster's complaint, is an accusation he was denied the chance to interview for a journalism lecturer position, which he asserts was a lesser position on the faculty than the assistant professor of journalism position he was interviewed for in 2012.