U.S. military commanders allowed representatives of the University of Phoenix to erect banners advertising the for-profit college on one of... 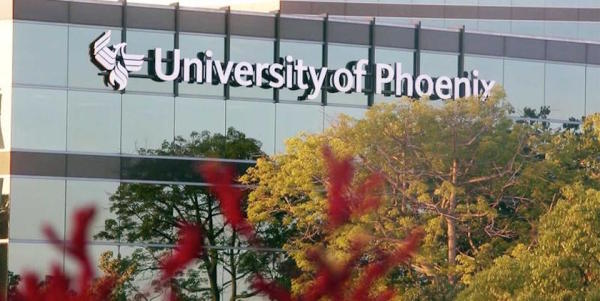 U.S. military commanders allowed representatives of the University of Phoenix to erect banners advertising the for-profit college on one of America’s largest military bases and permitted them to place promotional materials in high-traffic areas on the post.

Newly released documents obtained in response to a Freedom of Information Act request filed in May 2015 reveal that recruiters from the proprietary college were allowed to give gifts to troops and insert marketing materials into official military welcome packets for newly arrived soldiers.

Base officials at Fort Campbell, on the Tennessee-Kentucky border, also instructed the University of Phoenix on how to collect data on their troops.

All of this access was provided in exchange for cash – including $250,000 for 89 University of Phoenix events at the base over a three-year period. All of it sidestepped a presidential executive order intended to prevent predatory recruitment practices.

“We wanted to take at face value the University of Phoenix’s statement that they were simply supporting the troops by sponsoring these events,” Kamin said. “Based on this evidence, it appears they were not being truthful.”

The terms of the arrangement are detailed in a contract between the University of Phoenix and garrison command at Fort Campbell, home of the 101st Airborne Division. Reveal from The Center for Investigative Reporting requested the document more than two years ago as part of an investigation into recruiting practices by the for-profit college, which had become the largest recipient of taxpayer subsidies under the post-9/11 GI Bill, despite a graduation rate that was then just 7.3 percent.

Reveal’s initial investigation, published in June 2015, exposed how the company skirted federal law. The story detailed nearly $1 million in payments to five large military bases, covering events that ranged from briefings for soldiers newly stationed at Fort Carson in Colorado to an Easter egg hunt at Fort Hood in Texas.

The Pentagon responded to our report by launching its own investigation and placed the college on probation, temporarily barring it from enrolling new military students and barring its recruiters from military bases around the world.

Unknown until now, however, is what the University of Phoenix received in exchange for its payments. To find out, Reveal filed a Freedom of Information Act request for the contract that covered sponsorship agreements at Fort Campbell, where a Reveal reporter and producer were thrown off the base while filming a University of Phoenix-sponsored concert by reality TV star Big Smo.

The University of Phoenix did not respond to multiple email and telephone inquiries. In an email, Pentagon spokeswoman Laura Ochoa said the for-profit college is now in compliance with federal regulations and is allowed to sponsor events on bases, provided that payments follow protocols designed to prevent predatory practices – including routing “installation access requests … to the responsible education advisor for review and approval.”

She also said the military had “found no indication” that representatives of the University of Phoenix had collected “service members’ personal information at commercial sponsorship events.”

In interviews, former University of Phoenix recruiters disputed that characterization, saying they had personally gathered that data.

A University of Phoenix billboard is shown in Chandler, Ariz.AP photo by Matt York

“That is totally false,” said Marlene Aldrich, a former University of Phoenix employee in Louisville, Kentucky.

Internal company documents obtained by Reveal show the for-profit college meticulously tracked its success with recruitment at the military events it sponsored.

“I absolutely distributed lead cards” to gather information on potential recruits, Aldrich said. “I probably still have them.”

Will Hubbard, vice president of Student Veterans of America, said the special access outlined in the Fort Campbell contract would make it look to service members as though the military were endorsing the for-profit college. He said it was time for the Pentagon review its regulations to more tightly control access by for-profit institutions, which tend to spend lavishly on marketing.

“The University of Phoenix is spending substantially above and beyond what any public or nonprofit private school can afford,” he said. “Frankly, that’s because (other schools are) spending their money on education.”

It took the Pentagon 817 days to produce the contract, which is six pages long. By then, recruiting restrictions on the University of Phoenix had been been lifted under pressure from Sen. John McCain, the powerful chairman of the Senate Armed Services Committee who has counted the University of Phoenix’s parent company among his largest campaign contributors.

The Arizona Republican used his committee chairmanship to scrutinize the Pentagon’s crackdown. In a hearing in November, McCain railed against a “gross abuse of power,” saying that “if the University of Phoenix could be singled out in this flawed and suspect way, this indicates a deeper failing of the Department of Defense.”

McCain and other Republican senators said they would continue to pressure the Pentagon to weaken its enforcement of consumer protection rules.

“The tuition assistance program is far too important to lack accountability and oversight,” said Republican Sen. Ted Cruz of Texas. But that oversight, he said, should be targeted at “protecting freedom of choice of our servicemen and women.”

In return for the cash, the contract obliges the base’s morale, welfare and readiness command “to work Sponsor’s promotional tie-ins,” place banners “in high visibility area of event locations” and insert University of Phoenix collateral material into “Welcome Packets for incoming Soldiers.”

The document also allows University of Phoenix recruiters to dispense “additional promotional items for distribution” to the military. It warns that prize giveaways valued at more than $20 could be counted against the sponsorship amount.

At the Pentagon, Ochoa said the way the military enforces regulations against predatory recruitment has not changed under President Donald Trump. An executive order promulgated previously by President Barack Obama, and the Department of Defense regulations that followed, remain in effect.