A first-of-its-kind program now in place in Connecticut will help veterans who have post-traumatic stress disorder appeal their “bad paper”... 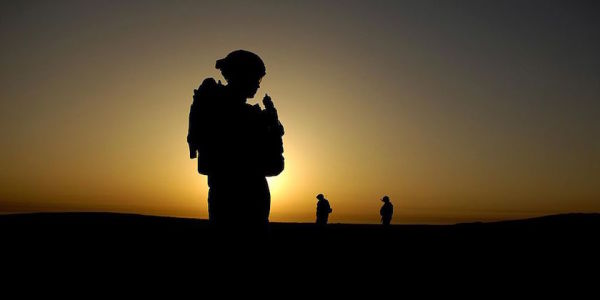 A first-of-its-kind program now in place in Connecticut will help veterans who have post-traumatic stress disorder appeal their “bad paper” discharges and connect them with people who can help them through that process.

The program is a collaborative effort between the Connecticut Department of Veterans Affairs, Vietnam Veterans of America and the Veterans Legal Services Clinic at Yale Law School to actively seek out Connecticut veterans with service-connected PTSD and less-than-honorable discharges, and notify them of new opportunities to upgrade their discharge status.

Local service providers such as veteran centers and legal assistance offices are collaborating to help veterans navigate the upgrade process.

PTSD was not considered a medical diagnosis until 1980, so it was impossible for members of the military or veterans to get screened for PTSD prior to then.

Today, the military doesn't do a good job of diagnosing its members while they're serving, according to Ashley Ingram, a law student intern with the Yale clinic. In some cases, they are only able to receive a diagnosis of PTSD after the fact.

Administrative boards that review requests to rectify discharges “can be dismissive of that after-the-fact diagnosis,” Ingram said.

According to a recent report by the Yale clinic, for decades, these boards “have refused to permit veterans to appear before them personally, failed to disclose information about (their) work, and most importantly, engaged in a near-categorical refusal to correct the discharge status of veterans suffering from post-traumatic stress disorder (PTSD), denying more than 95% of such applications from Vietnam veterans in the last 15 years.”

Discharge Review Boards review the discharges of former service members, except those that resulted from a court-martial sentence and those who were discharged more than 15 years ago.

Those who were discharged more than 15 years ago can apply to the Boards for Correction of Military Records to get a review.

In more recent decisions reviewed by Ingram, the law student, she found that in some cases boards “still didn't believe it.”

“Overall, it's not clear how and to what degree the different boards for the different branches are implementing the memo,” Ingram said. “It is important to note that the Department of Defense hasn't given clear instructions on how the boards are supposed to implement the memo, so implementation has varied to a large degree by each board, and the system has been rather opaque.”

Bad paper discharges can bar veterans from federal benefits, including disability compensation, health care and education, and veterans “face barriers to private employment and a lifetime stigma due to their military record,” Tom Berger with Vietnam Veterans of America said in a news release announcing the new program in Connecticut.

Dominick Cortese of Norwich, a Vietnam War veteran who's worked to help fellow veterans through this process, said he's curious as to who's applying for the upgraded discharges and who's getting them. He suspected the population applying is “educated, alert and probably not codependent.” He noted homeless veterans and veterans not in permanent housing could be slipping through the cracks.

Cortese also said it can be difficult to find veterans who are willing to pursue an appeal for reasons such as distrusting the government and being denied before.

So far, officials have mailed notices to between 1,500 and 1,600 Connecticut veterans. Those involved with the Connecticut program hope to close the information gap, and are targeting veterans from World War II on.

Veterans are identified using information from the state VA and the Connecticut Department of Motor Vehicles. Ingram said it's “very difficult” to figure out exactly how many of these veterans there are in Connecticut.

When a member of the military is discharged, that member sends paperwork to the state where he or she plans to live upon discharge. Missing are those veterans who moved to Connecticut after they were discharged, Ingram said. It's not known how many veterans in Connecticut have applied to appeal their discharge for this reason.

The initiative does not involve outreach to homeless veterans due to mailings only being able to be sent to veterans for whom officials have an address. However, many of the service providers involved are sharing information about Hagel's directive with their clients.