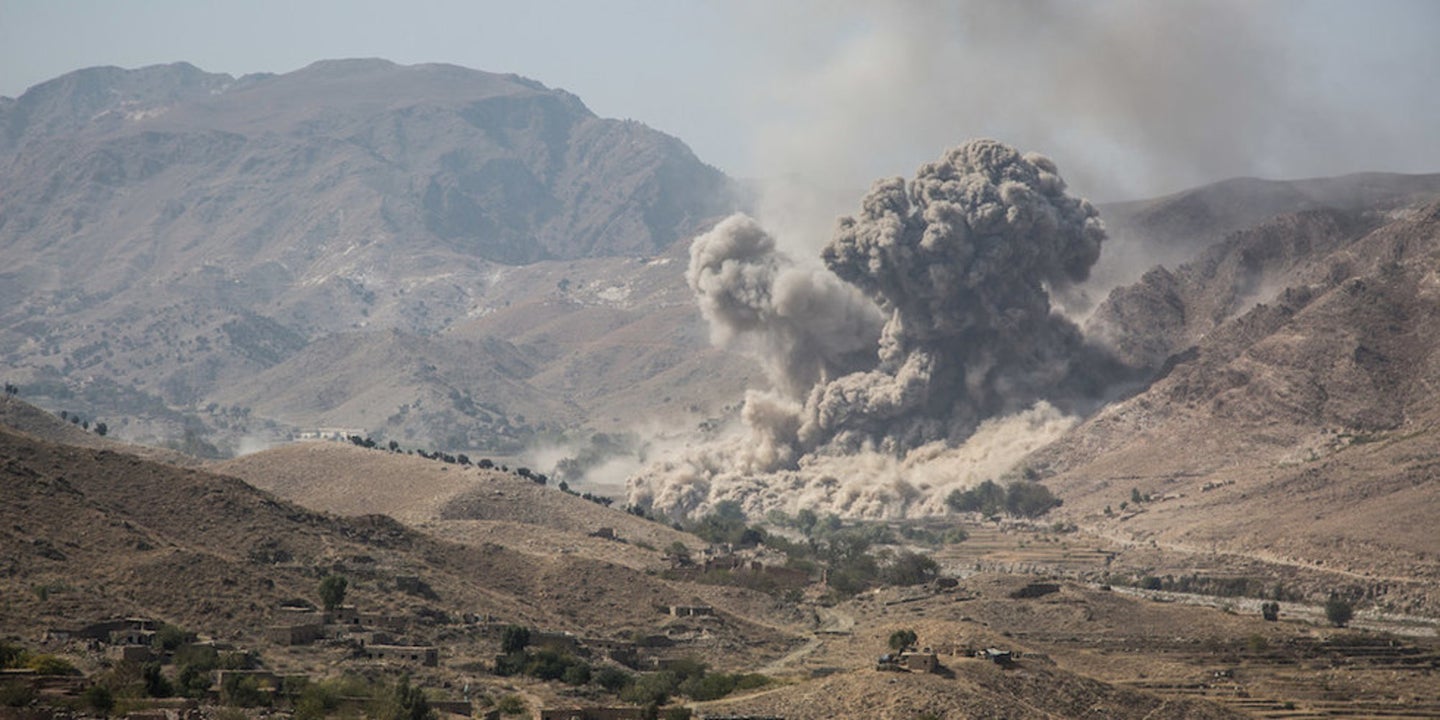 Violence has escalated in recent weeks with clashes taking place between the insurgents and government troops across the country, while negotiators from both sides have held talks in Qatar for a peace deal that could allow Washington to withdraw its remaining forces and end the United States’ longest war.

He said the action was in accordance with terms of the United States withdrawal agreement struck with the Taliban in February.

“We reject the allegations of violating the agreement and of killing innocent Afghans,” Leggett said, without elaborating.

When asked for comment, a Taliban spokesman said that there had been no fighting when the strike took place, and it broke the terms of agreement.

“This attack is a violation of the agreement and we condemn it,” spokesman Zabihullah Mujahid said.

Earlier this month, the Taliban accused the United States of violating the agreement following air strikes in southern Helmand province, where government forces were desperately trying to repel hundreds of insurgents seeking to seize control of the provincial capital Laskhar Gah.

Diplomats and officials say the rising violence is undermining trust needed if the talks in Qatar are to succeed.

The United States’ special envoy Zalmay Khalilzad said earlier this month that he had met with Taliban representatives to agree to a ‘re-set’ of the U.S.-Taliban deal in order to reduce the violence.

The Taliban has so far rejected repeated calls for a ceasefire by foreign powers and the Afghan government.