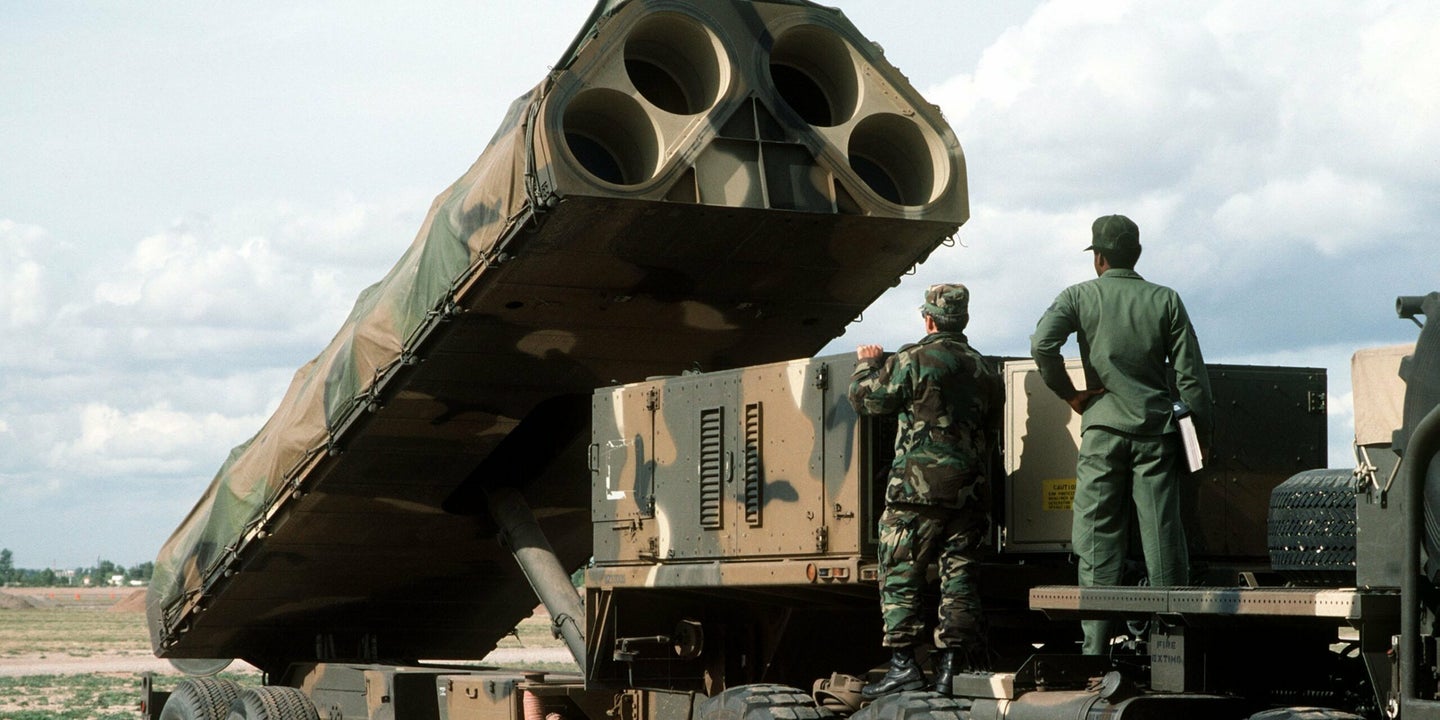 The Trump administration announced U.S. withdrawal from the 1987 Intermediate-Range Nuclear Forces (INF) Treaty in early February, citing Russian violations of the bilateral arms control agreement. The pact is expected to expire in August.

President Donald Trump stated last month that the U.S. will “move forward with developing our own military response” to alleged Russian treaty violations. Russia has said it will do the same, although there is evidence it had already done so.

The deployment of the BGM-109G ground-launched cruise missile (GLCM), a variation of the Navy's Tomahawk cruise missile, helped bring the Soviets to the negotiating table, Breaking Defense reported last October, noting that reviving this system would be relatively easy.

The INF Treaty helped defuse tensions by prohibiting both sides from developing and fielding these types of weapons, but with the treaty on its deathbed, the Department of Defense has decided to begin fabricating components for GLCM systems, Pentagon officials told Aviation Week.

The Pentagon confirmed the plan to Reuters as well.

In late 2017, research and development began on non-nuclear GLCM concepts, but it never moved beyond that, as any additional steps would have been “inconsistent” with the requirements of the INF Treaty.

Even as the Department of Defense steps up R&D activities since the suspension of the treaty, it remains open to canceling the programs and returning to negotiations with Russia.

“This research and development is designed to be reversible, should Russia return to full and verifiable compliance before we withdraw from the Treaty in August 2019,” a Pentagon spokesperson explained to Aviation Week, adding that “because the United States has scrupulously complied with its obligations with the INF Treaty, these programs are in the early stages.”

The suspension of the INF Treaty has stoked fears about an escalated arms race between the U.S. and Russia. Russian President Vladimir Putin has already threatened the U.S. should Washington opt to place missiles in Europe, something it presently has no intention of doing.

If Washington takes that step, Moscow “will be forced, and I want to underline this, forced to take both reciprocal and asymmetrical measures,” Putin said. “We know how to do this and we will implement these plans immediately, as soon as the corresponding threats to us become a reality.”

“It's their right to think how they want. But can they count? I expect they can. So let them count the range and speed of our weapons,” he added.

As for the revival of the GLCM program, the U.S. reportedly has a number of different options.

It could, according to experts, convert existing air- and sea-launched cruise missiles, like the Raytheon AGM-160 Miniature Air-Launched Decoy, Raytheon AGM-109 Tomahawk and Lockheed Martin AGM-158 Joint Air-to-Surface-Standoff Missile, to a GLCM role while adapting existing rocket artillery launchers for this purpose.

Or, it could build something completely new.

SEE ALSO: US Urges The World Not To Freak Out About Withdrawing From The INF Treaty (P.S. It's Russia's Fault)