The U.S. launched a cyberattack against Iran in late June that successfully disrupted the ability of Iran's Islamic Revolutionary Guard... 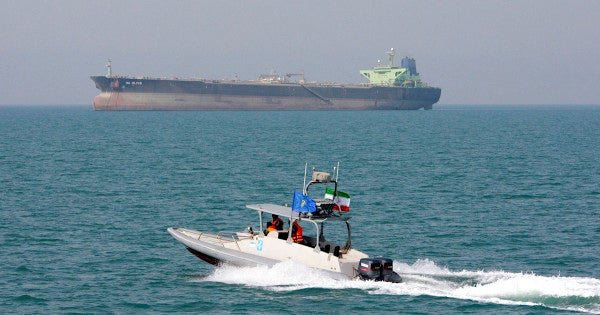 The U.S. launched a cyberattack against Iran in late June that successfully disrupted the ability of Iran's Islamic Revolutionary Guard Corps to attack oil tankers, according to a New York Times report based on discussions with senior American officials.

The cyberstrike reportedly came the same day President Donald Trump called off military strikes last minute in retaliation for Iran's downing of a U.S. drone. Trump said the strikes would not have been proportionate to the downing of an unmanned aircraft.

Trump had said a cyberoperation was underway, but the New York Times report on Wednesday expanded on the impact of the attack as well as the Trump administration's motives.

The cyberattack “wiped out a critical database” used by the IRGC — a paramilitary force that operates separately from Iran's conventional military — to plan attacks on oil tankers, according to the report. The attack also hurt Tehran's ability to target shipping traffic in the Persian Gulf. The database helped Iran “choose which tankers to target and where,” according to the Times.

The Trump administration blamed Iran for attacks on oil tankers in the region in recent months amid heightened tensions linked to Tehran's nuclear program — and Trump's decision to withdraw from the 2015 nuclear deal — that have led to fears of war. Iran also seized a British-flagged tanker in the Gulf of Oman in July, which was retaliation for the UK seizing one of its tankers near Gibraltar.

According to the Times, the White House saw the cyberattack as a more proportional response than airstrikes to the downing of the U.S. drone by Iran.

The White House did not immediately offer a comment on this in response to a request from Insider.

Brandon Valeriano, a cybersecurity expert and the chair of military innovation at Marine Corps University, told Insider that the reported operation was “deescalatory, in that it was a step taken to give us options outside of war.”

“It was an option to move us away from conventional strikes,” Valeriano added. “It's a response that doesn't raise the risk of war.”

Through operations that target and destroy information and intelligence, Valeriano said the U.S. can demonstrate its abilities to adversaries and signal the potential consequences of certain actions.

Valeriano said an operation along these lines could “provoke” the Iranians “to be a bit more blunt with their instruments in the region,” in the sense it shows the U.S. is aware of their covert abilities and operations. But since tensions have diminished somewhat in recent weeks, with Trump and the Iranian president even tentatively flirting with the idea of holding talks, it does not seem to have induced any significant reaction from Tehran.