A person directly involved with the discussions told the outlet the U.S. was concerned that Trump and his administration routinely mishandled classified intelligence and that their actions could expose the covert source as a spy within the Russian government 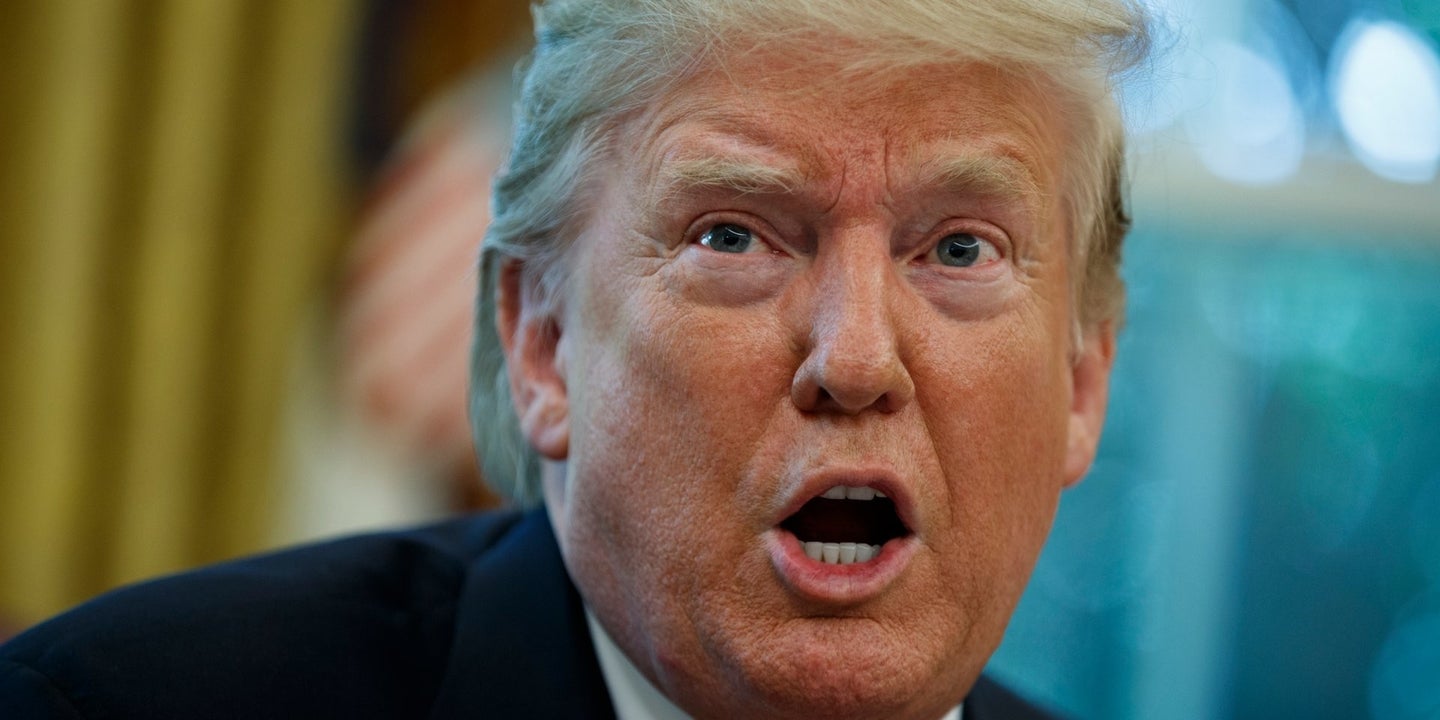 The United States was forced to extract a top secret source from Russia after President Donald Trumprevealed classified information to two Russian officials in 2017, CNN reported.

A person directly involved with the discussions told the outlet the U.S. was concerned that Trump and his administration routinely mishandled classified intelligence and that their actions could expose the covert source as a spy within the Russian government.

Trump stunned the national-security apparatus and intelligence community when it surfaced that he shared the information with Russian foreign minister Sergey Lavrov and then-Russian ambassador to the U.S. Sergey Kislyak at an Oval Office meeting in May 2017.

The meeting took place one day after Trump had fired then-FBI director James Comey, and the president is said to have boasted to the Russians that firing “nut job” Comey had taken “great pressure” off of him. Comey was spearheading the FBI's investigation into Russian interference in the 2016 US election at the time.

Trump then went on to share intelligence with Lavrov and Kislyak connected to the Islamic State in Syria. The information had come from Israel, which had not given the U.S. permission to share it with the Russians because it could have compromised an Israeli source in the region.

Trump's disclosure was not specifically about the Russian spy. But his move to disregard strict intelligence-sharing rules to protect highly placed sources prompted intelligence officials to “renew earlier discussions” about the potential risk that the source would be exposed, CNN reported.

The report said that Mike Pompeo, who was CIA director at the time, told other senior Trump administration officials that too much information was coming out regarding the U.S. asset in Russia.

This is not the first time national-security veterans have expressed concerns that Trump's actions could reveal sensitive information about U.S. intelligence-gathering processes and human sources working abroad.

Late last month, the president took to Twitter to release U.S. military information that he received during a classified intelligence briefing earlier that day.

Trump's tweet immediately set off alarm bells because it included a satellite photo of an Iranian launch pad that was a much higher resolution and better quality than the commercial satellite images of the site that were publicly available.

It also contained specific markers indicating that it was taken by USA-224, one of the U.S.'s most secretive spy satellites.

Intelligence veterans said the president's tweet will be a goldmine for hostile foreign powers.

“One doesn't use intel for the purposes of taunting. The Russians and the Chinese will be very happy to study this,” Robert Deitz, a former top lawyer at the CIA and the National Security Agency, told Insider.

Last year, Trump also made the unusual decision to authorize the declassification of a highly controversial memo about the origins of the Russia investigation by Devin Nunes, then the chairman of the House Intelligence Committee, for political purposes.

The memo and its release sparked a firestorm on Capitol Hill and within the intelligence community. Top intelligence officials met multiple times with senior White House staff to urge against releasing the document out of fears that it could expose sources and methods.

The Justice Department and the FBI also took the extraordinary step of releasing statements cautioning against its release by the House Intelligence Committee without giving officials enough time to review it.