U.S. Forces Japan has joined U.S. Forces Korea in banning the display of the Confederate flag, the latest move by the military aimed at preventing racial division in the ranks 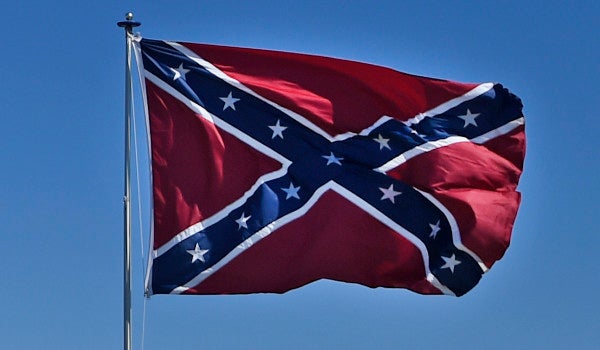 U.S. Forces Japan has joined U.S. Forces Korea in banning the display of the Confederate flag, the latest move by the military aimed at preventing racial division in the ranks.

His order, first reported by Stars & Stripes, is effective immediately and applies to all workplaces, common access areas and public areas on USFJ installations and areas.

“While some might view it as a symbol of regional pride, many others do not,” Schneider said of the flag. “Regardless of perspective, it has the power to inflame feelings of racial division. We will not tolerate a symbol that incites this sort of division among us.”

In announcing the ban on all installations in South Korea, Abrams said, “While I acknowledge some might view it as a symbol of regional pride, many others in our force see it as a painful reminder of hate, bigotry, treason and a devaluation of humanity.”

Schneider announced his order in a post on the Facebook page of Yokota Air Base, headquarters of USFJ, and in a memo to all units in Japan directing commanders to identify and remove displays of the Confederate flag.

The action by USFJ came amid the nationwide debate over Confederate statues and monuments, the naming of military bases for Confederate leaders, and the mostly peaceful protests for racial justice following the May 25 death in Minneapolis of George Floyd in police custody.

On June 6, the Marine Corps barred the display of Confederate flags in public spaces, and the Navy began taking similar action June 9.

The Army and the Air Force have Confederate flag bans under review, and Defense Secretary Mark Esper has asked the service chiefs for guidance on methods of promoting inclusion in the ranks.